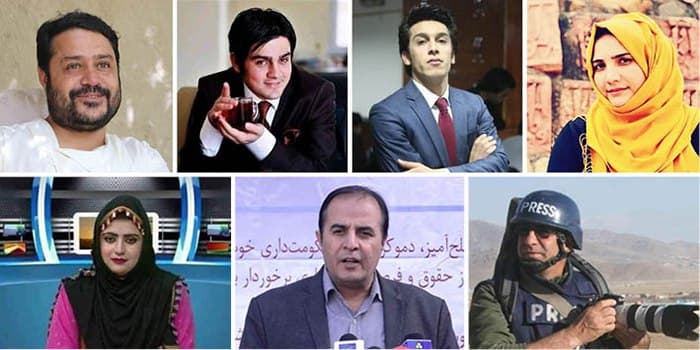 Investigation underway on targeted killings of journalists and activists

Investigation is underway on targeted killings of journalists and civil society activists, security authorities said on Monday, December 28. They noted that three suspects have been arrested in connection with assassination of Yama Siawash, a former TOLOnews anchor.

Security authorities say a suspect has been arrested in connection with murder of Mohammad Elyas Dayee, a local journalist, who lost his life in magnetic bomb explosion attached to his car.

In connection with the murder of Rahmatullah Nekzad, a local journalist, a member of the Taliban has been identified but he has not been arrested so far, stated Massoud Andarabi.

The Taliban, however, had denied involvement in Nekzad’s assassination.

Mr. Andarabi said that an investigation is underway on “mysterious” death of Fardin Amini, a presenter of Ariana TV channel.

Two suspects have been arrested in connection with murder of Freshta Kohistani, a woman rights activist, who was killed last week along with her brother in Kapisa, according to security officials.  Two other suspects, including a member of ISKP, have arrested in connection with death of Malalai Maiwand, a broadcaster who was killed in a bomb explosion in Jalalabad, capital city of the eastern Nangarhar province.

NDS officials claim attacks on Rahmatullah Nekzad and Freshta Kohistani have been conducted by the Taliban militants but yet there are no clue on who have assassinated Yosuf Rashid, the executive director of the Free and Fair Election Forum of Afghanistan.

An investigation is underway to identify those who were behind targeted killings of journalists and civil society activists, the MoI says.

VP Danish acknowledged that progress has been slow in investigating targeted killings of journalists and civil society activists.