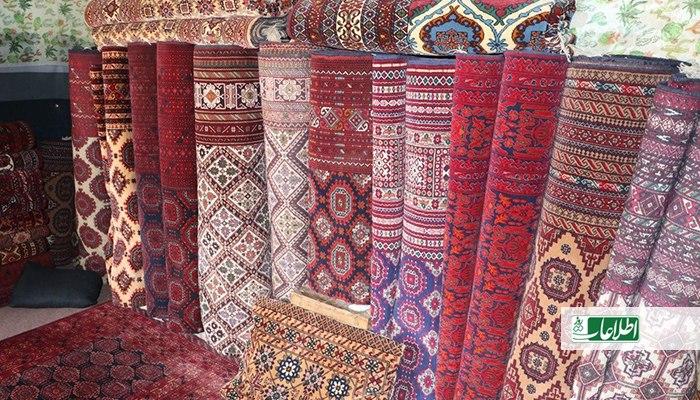 Afghan carpet industry, once a booming business in the region, is struggling to survive as a large number of carpet weavers in the western part of the country have given up the business. A rough figure by Herat union of carpet exporters shows that carpet production has dropped by 50 percent this year.

An estimated 1.6 million Afghans are in the business of carpet, with most of them weavers who use very basic means in weaving fine colorful carpets. But 40 years of conflict coupled with a number of challenges have broken the very backbone of Afghan carpet industry as most Afghan carpets are exported under a Pakistani trade mark to global markets.

Mohammad Rasoul Fayeeq, head of carpet weavers and exporters union, says, in previous years, carpet production in Herat, Farah, Badghis, and Ghor were 600,000 m2, but this year it is expected to be less than 300,000 m2.

The carpet industry in the western part of the country will further decline if a permanent global market and proper national market are not found, says Mr. Fayeeq.

Mohammad Nabi, a carpet weaver in Herat, who trains young children to weave carpets, says very few families send their children to carpet weaving workshop as the business is shrinking.

The outbreak of coronavirus forced a number carpet weavers including Gholam Haidar to quit the business of carpet weaving. Mr. Haidar, who works as a driver, says the bad situation forced him to take loan and buy a car.

In Afghanistan, the market of hand-made carpet has declined dramatically over last two years and most Afghans prefer to buy carpets imported from Turkey and Iran. Some carpet weavers say that people in Afghanistan are reluctant to buy hand-made Afghan carpets while they pay a huge amount of money for imported carpets.

Aref Mohammadi, who has been in the business of carpet for last four decades in Herat, has lost five million afghanis since the start of the coronavirus outbreak. “Over last six months, I have lost most my carpets, which were illegally exported to Iran, and no one is responsible for it.”

Mr. Mohammadi calls on the government to ease legal ways carpet export to neighboring countries so as Afghan businessmen would be able to export their carpets legally to regional markets.

According to him, the number of carpet weavers has reduced dramatically over the period of this year and it will decline further in the absence of market.

Masoud Atiqzada, representative for Herat carpet weavers, told Kabul Now that nearly 50 percent of carpets are illegally exported to foreign countries, a problem, as he puts, has created serious challenges for exporters. Carpet weavers are not happy when Afghan carpets are sold [under a different trade mark other than Afghan] in  international markets. But now it is vital for us to sell our carpets even under any trade mark, he said.

He accused the government of ‘negligence’ in finding markets for Afghan carpet in Arab, European and American markets.

Low quality wools imported from Iran has also impacted Afghan carpets negatively. Carpet weavers in Herat are mostly unfamiliar with the imported wools and they are forced to sell their products in low price.

Farid Ahmad, a carpet weaver in Herat, criticized the custom officials for not checking quality of wools imported from Iran. “Our traders go to Iran and buy low-quality wools, which negatively affect our industry and the quality of our carpets. Unfortunately, there are no quality control in the customs.”

Jilani Farhad, spokesman for Herat governor, says that Herat governor has instructed customs officials to prevent import of low-quality goods from foreign countries. “We have planned to undertake programs to support domestic hand-woven carpet production, and we will start finding foreign markets for carpet exports.”

Afghan carpet weavers urge the government to support carpet industry in finding market and equip the industry with necessary facilities and bridge Afghan carpet with US markets. Afghan carpets are weaved in traditional design but some weavers say the global market demands new designs.