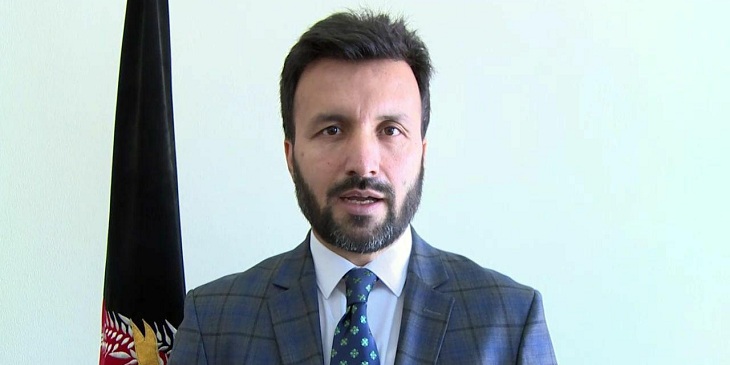 Kabul will host three multi-lateral– regional, trans-regional, and trilateral – meetings on building regional and international consensus in support of the Afghan peace process and intra-Afghan negotiations this week, according to the Ministry of Foreign Affairs (MFA).

The first meeting is set to be held on the coming Monday, July 06, via a video conference between regional countries and Afghanistan’s strategic partners in the region, said Gran Hewad, spokesperson for the ministry in a video clip released today, July 04. He added that the meeting will be inaugurated by President Ghani and will be continued under the leadership of the ministry’s caretaker, Mohammad Haneef Atmar.

According to Hewad, a trilateral meeting will be held between Afghanistan, Pakistan, and China next Tuesday, July 07. The MFA officials said that security and economic cooperation, and the peace process will be discussed by the three parties.

The third meeting will be held between trans-regional countries to create an international consensus in support of intra-Afghan negotiations and Afghanistan’s peace process. It will be also inaugurated by President Ghani and will continue under the direction of the foreign acting minister, Atmar.

According to the MFA, the third meeting will be attended by Afghanistan’s major international partners and the countries which provided support for Afghanistan in security and economic fields for over past 19 years.

This comes as the exact date to hold first intra-Afghan talks with the Taliban has yet to be set despite many efforts made by the Afghan government and other engaging parties in the Afghan peace process.

In a video clip released last night, July 03, NATO’s Senior Civilian Representative to Afghanistan, Stefano Pontecorvo has called on the Taliban to stop violence. According to the NATO’s official, the NATO and its allies have again reiterated their commitments to Afghanistan and the Afghan security forces.

In a statement issued yesterday, July 03, the Taliban said that the group’s deputy leader and chief of its political office in Doha, Mullah Baradar, met with the US Special Representative for Afghanistan Reconciliation, Zalmay Khalilzad. “The meeting focused on the Afghan peace process, quick release of prisoners, commencement of intra-Afghan negotiations, and other related issues,” the statement detailed.

Khalilzad, President Ghani and Chairperson of the High Council for National Reconciliation, Abdullah Abdullah had previously emphasized on “the immediate step” to rapidly resolve the remaining issues surrounding the start of intra-Afghan negotiations. “Delay provides opportunities for spoilers,” the US envoy noted on his official twitter account.