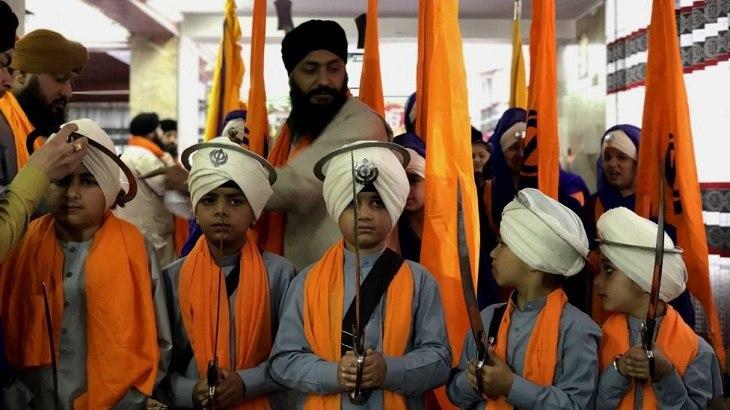 11 Afghan Sikhs, all members of the victims’ families who have come under deadly terrorist attacks in Afghanistan, will land in New Delhi, India’s capital, today, July 26, to seek of Indian citizenship, according Indian media reports.

WION, an Indian news channel, reported yesterday, July 25, that a Delhi based Afghan Sikh, Nidan Singh, who had been previously abducted, is also among the batch. “The remaining 10 are family members of the Afghan Sikhs who were killed in Kabul Gurudwara terror attack earlier this year,” the news channel detailed.

This comes as Afghan Hindu and Sikh community have come under deadly attacks in recent years and some members of the community were abducted by unknown armed men.

In recent attack claimed by the Islamic State Khurasan Province, 25 civilians were killed and eight others confirmed wounded on March 20, 2020. The Taliban abducted Nidan Singh – a leader of the community in eastern Afghanistan – on June 16 in Chamkani district of Paktia province and was released through meddling of local leaders on July 17.

In a letter addressed to Indian PM Narendra Modi, Ninda Singh’s wife, Mahrwanti had asked the Indian government to facilitate release of her husband and grant their family the Indian citizenship.

Now, citing spokesperson for India’s Ministry of External Affairs, Anurag Shrivastava, the WION reports that the Indian government is “facilitating the requests” of the Afghan Hindu and Sikh community for granting them the citizenship despite Covid-19 pandemic.