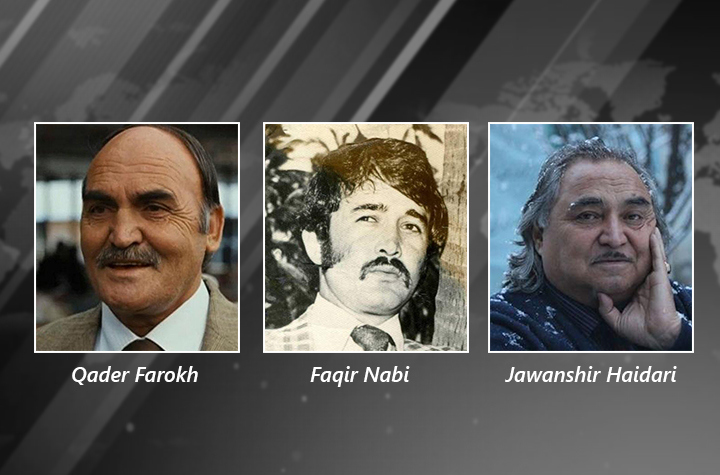 We must not forget Afghan cinema

Over the last year, we have lost three giants of Afghan cinema, Qader Farokh,  Jawanshir Haidari and Faqir Nabi. The physical loss of these men, who were so devoted to their art, should remind us once again of the value of Afghan cinema. An industry made up of a relatively small group of dedicated men and women who were able to bring the lives of the Afghan nation, with all its complexities, to the screen.

It should also drive us to rewatch their works, because each film is as much a part of Afghan history as any book, battle or commander has ever been. Each film, with its own artistic flourishes, is as much a cultural and historical treasure as a statue, minaret or lake would be.

Each film teaches us something about ourselves as a nation, both imagined and real.

As a visual medium, film in Afghanistan has always been a reflection of not only what transpired in our society, but also of what was possible. An art form where the fictitious and the factual are forced to meet.

When we watch Hamasa-e Eshq (Epic of Love), we see more than the story of two lovers forced to fight against a long-standing rivalry between their families. The newly arriving Hakim in Roz-hai Dashwar (The Dark Days), riding his white horse, represents more than just another changing political system in a country that has seen so many political systems — monarchy, democracy,  communism, jihadism and an attempt at representative democracy — come and go in the span of 50 years. The rebel fighters in Urooj (Uprising), struggling to survive and fight in unfathomable conditions are more than just a resistance force. All three films represent the emotional journeys of a country constantly caught between its passions — love, politics and freedom.

Also, perhaps without even intending to, each film manages to show the grim realities of our society.

In Roz-hai Dashwar, one government literally rides into town to right the wrongs of a decades-old oppressive system that had been toppled off screen. On screen, though, we see the vast differences between how the Hakim dresses, walks and talks and how the villagers he has come to liberate live. With simple visual cues we see that separation and privilege are constantly passed on, even in a system claiming to empower the disenfranchised masses.

In Hamasa-e Eshq, when Mazari is lying in the field of red tulips we see the beauty of our country against a backdrop of division, competition, conflict and violence. A tumultuous situation that a young man and woman have found themselves thrown into. That scene, which required reshooting nearly a year later when the tulips once again bloomed, is also a small, but powerful visual representation of dedication to the craft of filmmaking.

The determination to tell the story at all costs and by any means.

Urooj, shot atop the mountains of Kabul, shows us that even amongst the confusion and destruction of war, human bonds can be formed between people who would otherwise have remained strangers to one another. Even in the most brutal times, what we need is a sense of brotherhood and companionship. A fact that people often lose sight of as a war nears its end and one political system gives way to another.

This is why it’s important to study Afghan film.

To see what we have been able to craft as visual storytellers and to try to understand those stories in the context of our shared societal experiences today. The impact what has come before has left on our lives today.

These films may be artefacts of times gone by, but each one can teach us about life then and life today, and about how we relate (or fail to relate) to one another as Afghans.

At a time when millions of us can stream Captain Marvel to our mobile phones and tablets and laptops or watch bootleg copies of Jojo Rabbit purchased on Flower Street from our living rooms, the communal experience of cinema, despite being largely absent from Afghan life for the last 40 years, is still vital. Sitting together to watch a story unfold forces us to ask important questions about what has transpired and what may come to pass in a society like ours. A society that more than so many others, is in a constant state of flux and uncertainty.

These visual reminders are also important to the generations who were either excluded and priced out of the cinemas during the so-called ‘Golden Age’ or to those of us who grew up in the last four decades of war, often as refugees in foreign lands.

These films show us what it means for us to tell our own stories in our own way.

They teach us about the dedication and drive of a few dozen Afghans who were so eager to tell their stories that they were willing to try and perfectly time gunshots from weapons filled with live ammunition, because they couldn’t afford or find fake bullets. People who had to find ways to be able to tell the stories they wanted in shifting political frameworks that don’t always value free speech and truth.

This agency exhibited by Afghan filmmakers — from directors and cinematographers to actors and sound and lighting technicians — is even more important to recognize given how Afghanistan has been portrayed in Western films. When it is portrayed at all.

Rarely do we see actual, realized Afghan characters in non-Afghan cinema, which more often than not focuses on a white savior. Whether these supposed heroes be fictitious — John Rambo and Tony Stark — or historic — Charlie Wilson — these films are rarely actually ever about the Afghan people or true representations of a sprawling land that spans the mountains of the Pamir, the deserts of Farah and the lush greenery of Kunar and Nangarhar.

Film offers us the rare chance to see ourselves, both as heroic ideals and as reflections of a gritty and troubled reality. Now, as we move towards another epoch in Afghan history, film offers us an opportunity to see (and challenge) where we came from as we prepare to head towards yet another uncertain future.

This is why Afghan cinema mattered then, and why it matters now.

Just as we must know what is in our history books, we must be able to look at the visual representations of our country, culture and history in a shared, communal space.

We must honor Afghan cinema and the men and women who make it, not just for those that have passed, but for the nation as a whole.

We know our poets and Kings, now it’s time to know our filmmakers.

Ali M Latifi is a journalist based in Kabul. He reports on Afghanistan, Afghan peace process, migration, and refugee issues.