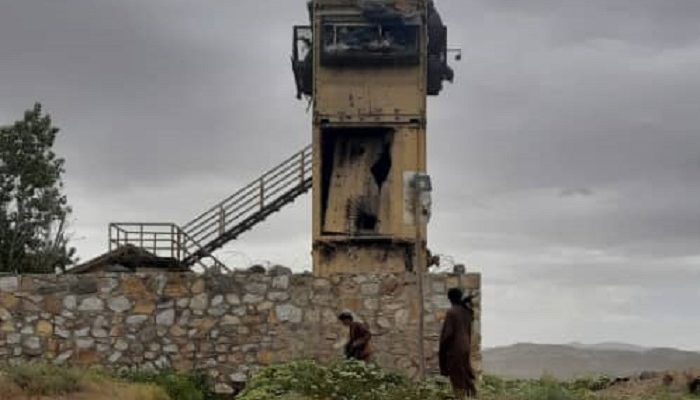 At least five Afghan security forces were killed when their outpost was detonated by car bomb in Nahr-e-Siraj district of the southern Helmand province, says Omer Zawak, spokesperson for Helmand governor.

Five other security forces were wounded in a blast, which took place last night around 11 PM, Mr. Zawak confirmed. The car bomb targeted an Afghan military facility, the spokesperson for governor says.

The Taliban militants have claimed responsibility for the attack. In a statement, the militants claimed to have killed Afghan army soldiers.

The Taliban have ramped up their military campaign recently. From April 01 up until today, Monday, May 04, nearly 60 Afghan security forces have lost their lives in multiple Taliban attacks in the country.

There are contradicting reports about the attack.

A car bomb, heading to target a military outpost in Yakhchal area of Nahr-e-Siraj district, was defused by Afghan security forces before it reached the target, the Afghan defense ministry says in a statement issued today.

The Taliban attacks on Afghan security forces continue while the Afghan government and the militant group are preparing to hold reconciliatory talks, known as intra-Afghan talks, to end the long bloody conflict in Afghanistan.

On February 29, the Taliban and Washington signed a peace deal in Doha, Qatar. Under the deal, the Taliban agreed to stop attacking US military facilities, major bases of Afghan security forces and public facilities.