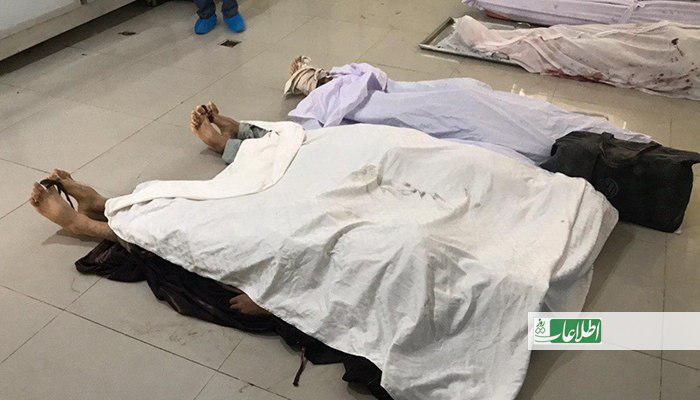 Some cellphone images leaked on Saturday, May 02, showed over 50 Afghans—smuggled to Iran—were caught by Iran’s border guard, beaten and thrown into a river—reportedly Harirud river. The images show a number of corpses who were said to have been drown by Iranian border guard.

Shahwali, a resident of northern Faryab, who claims to have eye-witnessed this tragic incident, yesterday told Kabul Now that 56 Afghans—who were crossing into Iran illegally—were caught by Iran’s border forces, beaten and thrown into river at gunpoint. 23 of those forced into river have disappeared, according to the eyewitness.

Iran Border Guard has a long record of human rights violation. In 2007, an undocumented Afghan refugee, who had been deported from Iran, died in border town of Islam Qala, Afghanistan. Many Afghans, who have experienced illegal border crossing, complain about Iran’s border guard violation of human rights.

Afghanistan shares more than 500 miles of border with Iran. Followed by Pakistan, the country is the second largest destiny for Afghans who escape war and poverty—leaving their country in seek of a job. For the time being over three million Afghan refugees—some of who have documents and many of them are undocumented—live in Iran.

Iranian diplomats in Afghanistan have rejected reports over killing of the Afghan citizens, calling them false and fabricated, but they have pledged to investigate the case, according to a state-run news agency in Iran.

Reports of Afghan migrants being drown into a river in the hand of Iran’s border guard have triggered harsh reactions in Afghanistan. Some local authorities in the western Herat city have harshly condemned Iran.

The Taliban, in a statement issued today, have also denounced the behavior of Iran’s government.

AIHRC has called on the Afghan government to probe the case and take it to the International Court of Justice and the United Nations Committee against Torture.

Young Afghans, often under a dire poverty, leave the country for Iran to seek work, with a large number of them pay smugglers to take them to Iran through a risky illegal way.