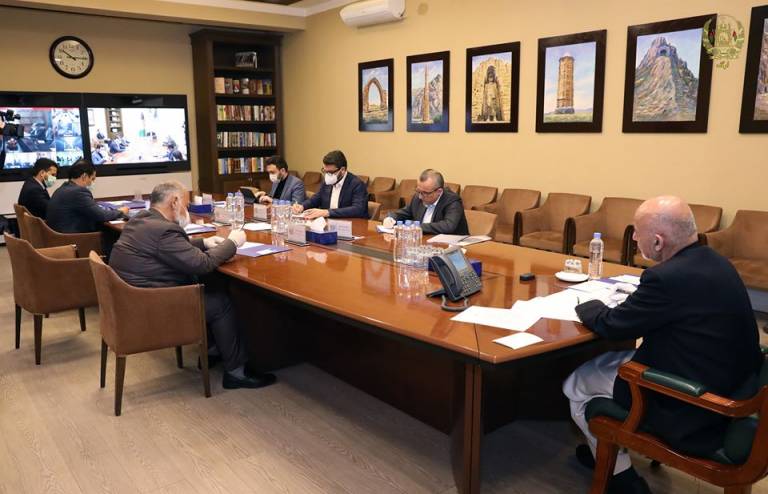 Three Afghan cities under lockdown as Covid-19 continues to climb

Three western cities of Afghanistan, which share porous borders with Iran, were put under lockdown after the country’s health authorities warned that the pandemic was close to take the whole western region, which is fragile to be hit by the deadly Covid-19.

Speaking at a press conference this morning, March 26, Feda Mohammad Paykan, a deputy health minister, said that a lockdown will remain enforced in capital cities of the western Herat, Farah, and Nimroz provinces. He added that any city where more positive cases of the fatal pandemic is confirmed will come under lockdown.

The Afghan President Ashraf Ghani also held an urgent video call with governors of the provinces which are exposed to spreading of the Covid-19.

According to official record, as many as 84 people have tested positive in Afghanistan, with seven people, including four NATO soldiers, two foreign diplomats and one Afghan citizen in Kabul and the remaining in Herat, Samangan, Logar, Farah, Ghor, Daikundi, Balkh, Kandahar, Ghazni, Zabul, Kapisa, and Badghis provinces.

According to the Ministry of Public Health (MoPH), three patients have died of the virus in the country and two patients have recovered.

Wahidullah Mayar, spokesman for the MoPH, underlined that one of the dead patients was a 45-year-old woman who had a history of surgery.

Mr. Paykan, however, predicted that the actual number of positive cases of the pandemic is higher than the number confirmed in the overpopulated capital Kabul.

He said that out of 84 confirmed cases of coronavirus, 28 people have not been to Iran, and six health workers have tested positive for the lethal disease in Herat (five) and Kandahar (one).

In a joint meeting held on Wednesday, March 25, the health minister, Firozuddin Firoz, Mohammad Yaqub Haidari, the governor of Kabul, and Mahtab Alemi, Deputy Minister of Urban Services at Kabul Municipality, discussed further precautionary measures to prevent more spread of the pandemic, a statement issued by the MoPH says.

Mr. Haidari has expressed concern over spread of coronavirus among drug addicts, retailers, bakeries, and mosques following a constant increase in positive cases in Kabul.

In addition, Mr. Firoz instructed officials in the meeting to provide necessary equipment, strengthen screening teams at the gates of Kabul, increase number of ambulances, develop the capacity of laboratories in hospitals, and consider good quality food for the patients and health workers.

Fearing a likely uncontainable spread of the virus, the ministry urged people to avoid unnecessary movements and stay away from public gatherings and crowd areas.

With an estimated six million population, Kabul is the most overcrowded city in Afghanistan. Over half of Kabul population are said to live on a daily wage who earn living costs mostly through street businesses in busy markets and polluted sidewalks. Health care system is broken in the capital and lack of a proper sanitation and poor hygiene care in bakeries make Kabul more vulnerable to a global pandemic outbreak which has hit rich countries.

Afghanistan’s National Procurement Commission, chaired by Mohammad Ashraf Ghani, approved 30 contracts, worth around 3.5 billion afghanis, to fight  the Covid-19 outbreak in the country.