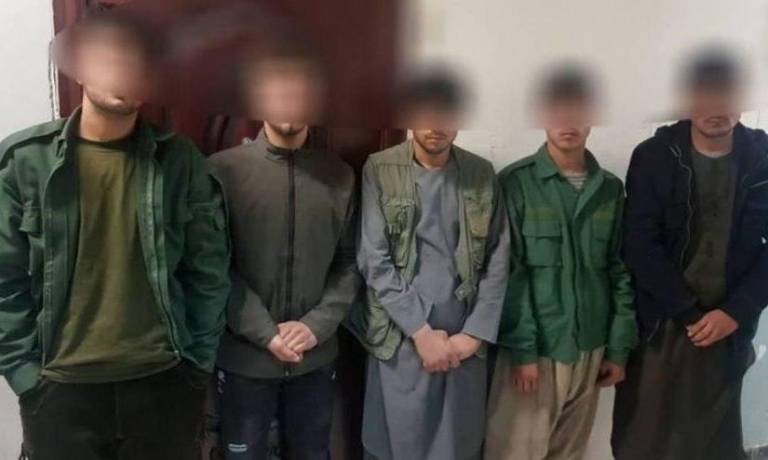 With an estimated six million population, the Afghan capital Kabul is becoming more insecure, with gang violence and robbery taking place quite frequently in different parts of the city. An influx of rural population, mostly from conflict-torn provinces, has brought the capital under inflow of rural population who come to earn a living in a city where unemployment, insecurity and violence are on rise.

Last Saturday evening, gang robbers stabbed Ali Sina, 22, who was on his way to his house in Pol-e-Khoshk area of Barchi. He died in hospital.

People escape insecure provinces and come to Kabul, hoping to live in peace but they are facing violence and gang robbery here too, says Asadullah Yousefi, a resident of western Kabul, who is campaigning against recent series of gang robbery and organized crime in the area.

Kabul residents, however, are lashing at security institutions for poor performance. They claim that most senior police officers are accomplice with gang robbers.

Afghan security authorities say that security institutions are doing best to bring the culprits to justice.

Nasrat Rahimi, spokesman for the Ministry of Interior says over 273 criminals have been detained in connection to recent criminal acts taken place in Kabul.

Sayed Mohammad Roshandel, Kabul Police Chief, claims that there is no organized criminal network in the capital. Crimes that take place in Kabul are committed by individuals, he says.

Kabul police have launched a massive inspection across the capital following the death of Ali Sina, who was killed by a group of robbers earlier this week in PD13 of Kabul city.

Talking to Kabul Now, spokesperson for the ministry, Mr. Rahimi, said that Afghan police forces have arrested 18 people in connection with criminal activities since the beginning of the raids. In a separate post on his Facebook account, Rahimi stated that two women were arrested in connection with murder of a woman in PD15 of Kabul.

On the other hand, Kabul Garrison said in a statement that Afghan forces have arrested 62 people who were involved in robbery in Kabul.

Mohammed Nikkhah, who was trapped by a group of armed robbers near his house in Mahtab Qala area of Barchi, says, “I was walking towards my house where I was stopped by three people. One of them put a gun on my ankle, asking me to keep quiet. The other two searched me and stole everything I had.” I was hit on my right arm by a knife to not follow them, he added.

A similar incident happened to Anisa, a resident of the Qala-e-Naw in Barchi neighborhood. “I got out of the house at 11:00 am. On my way, three teenagers stopped and stole my bag.”

Barchi residents say that organized crime and gang robbery are on rise. They highlight the security authorities either do not have a clear picture of organized crimes or deny take responsibility for what is happening.

Asadullah Yousefi says in most cases police have released criminals after they were arrested by people and handed over to police. He calls on the security and judicial authorities to take necessary measures against criminals and organized crime.

But Kabul residents are not convinced by what the Afghan security authorities have been promising. They say government leaders, who are living behind anti-blast walls, turn blind eye on the plight of victims of gang violence and organized crime in the capital Kabul.