Opinion: The West has been wrong and stupid on how to deal with the Taliban 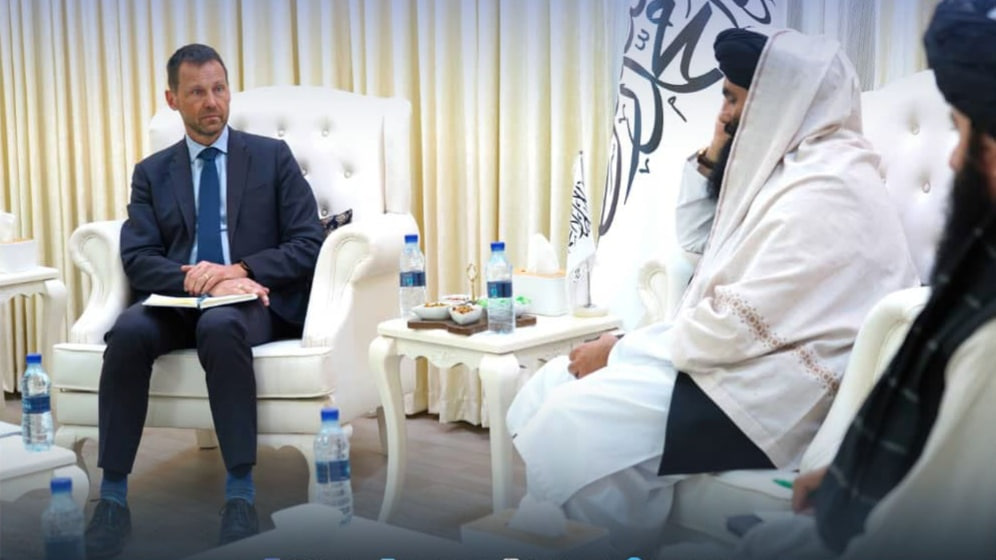 The western reaction to the Taliban’s repression of women has been remarkable. Not because it is brave or noble, or accurate. But instead, because it is so out of touch as to be almost comical.

When the Taliban announced that they would ban young women from university and NGOs as well as from secondary schools, for example, the secretary-general of the United Nations, Antonio Guterres, said that he was surprised.

More accurately, he tweeted the following via UN accounts: ‘I am deeply shocked by reports that the Taliban have suspended women & girls’ access to universities’; and, according to UN press agencies, he ‘urged the Taliban to ensure equal access to education for all in Afghanistan’.

I find it faintly incredible that Guterres can claim to be ‘deeply shocked’. Appalled, certainly – he could be appalled. It was and is, after all, a terrible thing for the Taliban to do. To deprive women of their rights and their possibilities to become educated. To hamper them as economic agents and thinking beings for the rest of their lives. To make Afghanistan have fewer skills and less education, and to become poorer as a result – all for ideology and cruelty’s sake.

Yes, that is appalling. And Guterres would be right to be appalled.

But that’s not what Guterres said. He said he was shocked. And to be shocked implies surprise. He has no right at all to be surprised. He simply must have known that something like this was coming, as so many things like it have already happened. He had no right to assume that the Taliban would stop at banning teenage girls from school, and women of all ages from fairgrounds, gyms and sporting events.

Guterres is surrounded by well- – or at least expensively- – educated people. They can all do basic logic. That the Taliban would do this is simple and logical. None of them could have been surprised.

The reason I have made so much out of this little incident is that it tells us so many things. It tells us that the wider world still does not understand the Taliban. It shows us that the people who claim to be beyond country and party are often the biggest fools. And it shows us that, when the Taliban goes further – as they very likely will – we know the international reaction already.

The UN secretary-general will say, on Twitter, that he is saddened, and then he will say he is surprised.

This is a fundamental truth. Western politicians have great difficulty imagining other people to be different from them. The Taliban have always posed a problem for that reason. Some Western leaders believe the Taliban are really politicians like them – driven by ego and greed, who can be bought off or soothed. Thus, the Taliban could be made to change their ways.

Naturally, this did not work.

Yet others believe that the Taliban are the manifestation of some kind of Afghan ‘essence’ — an eternal part of the country, as impossible to fight as the winds.

All of these ideas are wrong and all of them are stupid. And they show how wrong and stupid Western politicians have been when attempting to create policy for Afghanistan.

The foreigners continually misunderstood what the Taliban was and what it is.

The Taliban are religious, as we know. They believe in their version of the faith. They fight those who believe differently to them. But to be a religious fanatic does not stop someone acting like a thug or a gangster. Italian mobsters in America were often serious Catholics, after all.

Thus, when the Taliban’s leadership writes that the vision it has for Afghanistan is derived from its view of Islam, and that its view does not allow women to drive, to have jobs, to be educated in a certain way, to go about unveiled – and to have certain civic rights – international figures ought to have listened.

They ought to have understood. This is not propaganda. It is not a lie. It is what the Taliban believes, and what it will try to put into practice now it has been given the reins of power.

Increasingly, when international leaders express their surprise and their shock, I think back to a Taliban commander, who said it all in early 2021 to NPR: ‘When we arrive in Kabul, we will arrive as conquerors. Women will … cover their faces. They’ll be segregated. We won’t have democracy. We’ll have an Islamic regime. We will punish those who do not pledge allegiance to us.’

It turns out he was right, and the UN’s leaders were wrong, about what he wanted.