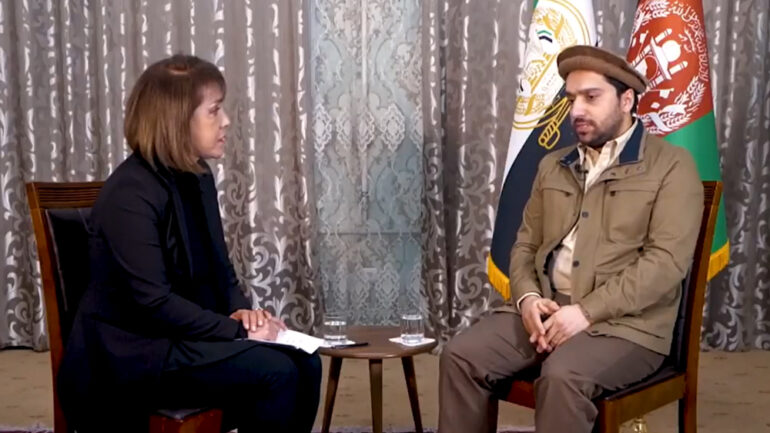 Ahmad Masoud: Expanding Territorial Control Is Not in NRF Strategy

In a recent interview, Ahmad Masoud who leads the anti-Taliban National Resistance Front (NRF) militia said that expanding territorial control is not currently part of the militia’s strategy in their fight against the ruling Taliban. He stressed, however, that the militia has the power to do so.

The NRF fighters are now mostly fighting a guerrilla war against the Taliban in Panjshir, Baghlan, and Badakhshan provinces.

In response to the NRF’s failure to expand its territorial control, he said that the capability of a “military movement” was dependent on the level of support and resources.

“At this stage, we are able to take over districts’ centers and even provincial capitals but it is not part of our strategy,” he said in an exclusive interview with the VOA Dari aired on Saturday, December 03.

The NRF leader reiterated that his militia was still ready to negotiate if the Taliban choose to talk and accept a logical solution.

He asserted that the Taliban should be forced to accept elections and respect the people’s right to define their own destinies. There is no other option than the military one until the Taliban continue their cruelty, forcing people, tyranny, and negligence, the NRF leader added.

The ruling Taliban describes the NRF members as “rebels” and are striving to suppress the militia group. In recent months, the two sides have fought deadly battles in Panjshir, Baghlan, and Badakhshan provinces.

When Masoud was asked about the US policy on Afghanistan, he said that the country does not have a clear policy. The continuation of this interaction and the US tactical program could become costly for the people of Afghanistan and for the United States, he warned about the US interactions with the Taliban.