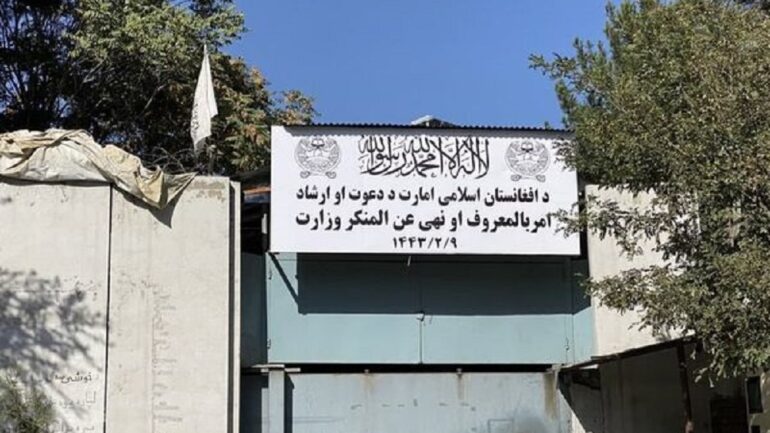 Ministry of vice and virtue
KabulNow·November 25, 2022

Taliban Ministry of Vice and Virtue: Music is Harmful to The Human Psyche

The officials at the Taliban Ministry Vice and Virtue banned listening to music. They believe music is harmful to the human psyche. At the same time, the Taliban want the citizens to welcome this order. The ministry said this on Thursday, November 24 by publishing a video on Twitter through which the scholars consider music as an ‘unlawful’ phenomenon.

This Ministry of the Taliban further added that music is harmful to young people and that listening to music misguides them.

In the video, a person identified as a psychotherapist says that everything forbidden by Islam is harmful to human health and psyche. The person says that some words used in music cause ‘intoxication’ in the people listening to those words.