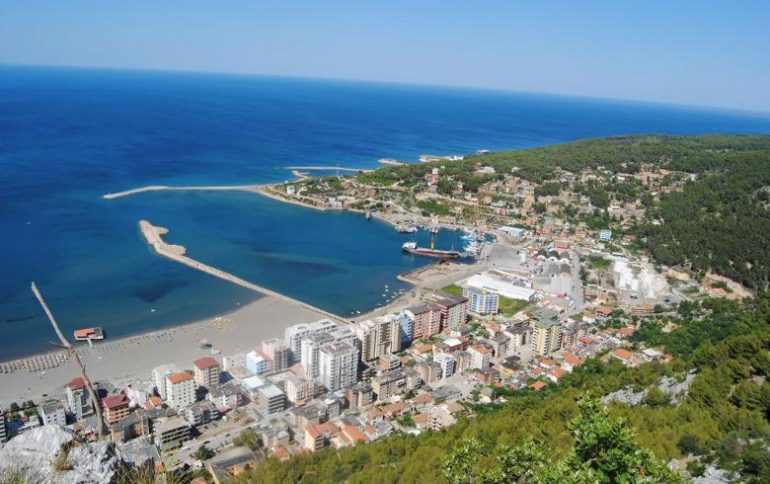 The Case of Afghan Migrants in Shëngjin

About a year ago, the idyllic beaches of Shëngjin and its vast touristic accommodations emptied as new travelers arrived. Hundreds of Afghan citizens, who fled fearing the Taliban rule, moved to the Albanian northwest to continue their migration until they reach their destination countries.

During the former Afghan government’s tenure, these Afghan citizens were the symbol and face of the new Afghanistan after the Taliban, and now with the return of the Taliban, their lives suddenly became precarious, and many of them lost their jobs within the first few days of the Taliban rule.

Journalists, civil society members, government employees, and members of various sports teams were evacuated from Afghanistan with the help of various foreign organizations.

The first few days in Shëngjin brought a lot of excitement. Foreign tourists, colorful canopies by the beach, nightly music, the comforts of luxurious hotels, swimming in the Adriatic Sea, and watching the cultural diversity seemed to reduce their sadness. After winter, some of them left for the countries they were destined to migrate to, while some of these migrants were happy to think that their migration documents were being processed.

Yet a year later, there is no news of any Afghans living in the Shëngjin resorts.

Halima Sangar was a sports instructor and served as a coach in a girls’ high school in Kabul for forty years. Until a year ago, she did not think that the reappearance of the Taliban would make her leave her homeland and career.

Having lived and worked there for 65 years, she no longer had a reason to leave Afghanistan. She was one of the founders of women’s sports in Afghanistan in the past and worked as a coach in many tournaments from 2008 to 2020.

Looking back on the past year, she says that all her achievements have been lost in the blink of an eye. What brought great despair for her is when the Taliban closed girls’ schools, and sports federations stopped women’s activities in the different sectors. She lost her job and left Afghanistan like many others at the time.

She told Etilaatroz that she felt fear for every moment of her life and her concern about the presence of extremists made her leave her country. She traveled from Afghanistan to Qatar and reached Albania in Eastern Europe last year. She is now waiting for her immigration papers to be processed alongside hundreds of other Afghan citizens in Albania.

Following the collapse of the former government in August 2021, most of the foreign embassies closed their branches in Kabul—including the U.S. Embassy, and many European countries’ embassies evacuating their employees. Afterward, all the Afghan citizens who wanted to go to these countries must first travel to a third country, register their migration request, and then wait for their case to be reviewed. Halima has been waiting for 10 months to have her case reviewed.

Ms. Sanger says that she is in agony because it is not clear when she will be transferred to a third country, and not having a clear idea about her migration status has left her in emotional and psychological distress.

Currently, about a thousand Afghan citizens are waiting in Albania for their immigration cases to be processed. They all have filed their immigration cases to be relocated to Canada, and the U.S. Canada does not have an embassy in Albania, meaning that all the cases have to be handled by the International Organization for Migration or IOM on behalf of Canada and in coordination with the Canadian Embassy in Italy. Halimah Sanger says that she has been away from her family members for a year, and it seems that she will have to wait for another six months to a year before her case is processed.

Parisa Vahedi was a member of the national basketball team in Kabul. In an interview with Etilaatroz, she says that after the arrival of the Taliban in Kabul, she threw all her belongings and athletic achievements in a plastic garbage bag and asked her brother to throw them away. She did this so the Taliban can’t find her belongings. She said: “I threw everything I had acquired during 12 years of sports, certificates, cups, and medals in the garbage bag.”

Parisa complains about the time-consuming process of immigration. She has been living in Albania for a year. The expensive tourist coast of northwestern Albania no longer attracts her. She has been away from her favorite sports and family for a year.

Mozhgan (we have used a pseudonym to protect her identity), previously worked in various sectors in Afghanistan. She worked with many international organizations that dealt with the issues of women and children. After the collapse of the Afghan government, when the Taliban started searching homes to find any information on those involved with the former government, Mozhgan’s family prepared to leave Afghanistan. Her father is an army veteran and spent a few months in Pakistan after leaving Afghanistan.

Mozhgan’s family was transferred from Pakistan to Albania with the help of an international organization. Mezhgan and her family have been waiting for a Canadian visa in the coastal city of Shëngjin for five months now. Referring to the Afghan children and teenagers in Albania, she says they have been away from school for a year. Despite the fact that UNICEF has created makeshift classrooms for Afghan children there based on the Afghan curriculum, Mozhgan says, that these schools cannot replace the formal schooling system.

Last year, the Albanian government announced that it is ready to temporarily host four to six thousand Afghan citizens until their immigration cases are processed.