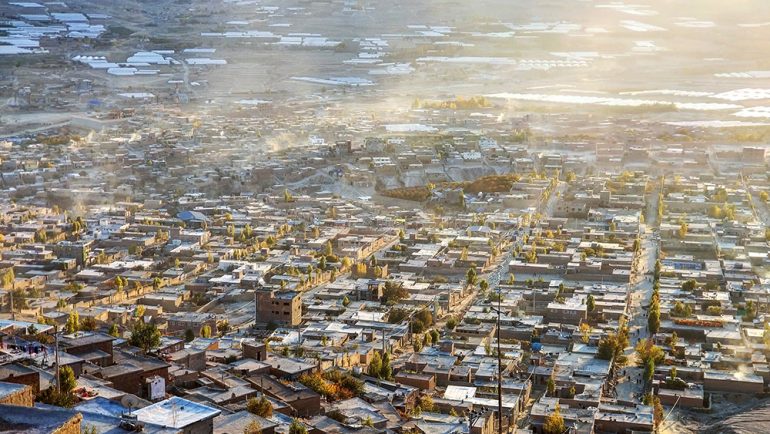 Eight children of a family starve to death in west Kabul

As many as eight children of a single family have starved to death in Etifaq Township, a neighborhood in west part of the capital Kabul, according to the local residents and a religious scholar. The children have died from lack of food after the death of their parents who had previously lost their lives to cancer and heart disease.

He confirmed that all the children were members of a single family and died of starvation.

Bamiani detailed that the father of the children was student of an Islamic educational center in Kabul and had previously died of cancer. Nearly two weeks later, as he put it, the mother of the children also died of her heart disease. According to the religious scholar, he was informed about the incident by local residents.

The family was originally from Yakawlang district of Bamyan province and lived in a rented house in the neighborhood.

As he said, the children were one to eight years old age, who did not have guardians and even any relatives to provide them with basic food materials.

In a statement, Mohammad Mohaqiq, a Hazara political figure and the leader of the People’s Islamic Unity party of Afghanistan, confirmed the death of the eight children due to starvation. “The incident took place in the shadow of the domination of those who perceive their rules as Islamic”, Mohaqiq stated in an indirect address to the Taliban who overthrew the previous government on August 15.

West of Kabul is predominantly populated by the Hazaras who are mostly poor and live in slum areas. The Hazaras have come under deadly attacks, mostly claimed by the Islamic State Khurasan Province, in recent years at different public places in west of Kabul.

He further went on to complain the international community for turning blind eyes on the Hazaras and criticized the Taliban government for falling short of doing their responsibilities.

Death of these eight children “was a source of shame and disgrace” to the Taliban, he added.

Nonetheless, he called on international community and aid agencies to provide assistance directly to the Afghan people.

Earlier, human rights groups had expressed concern about the possibility of a humanitarian catastrophe in Afghanistan.