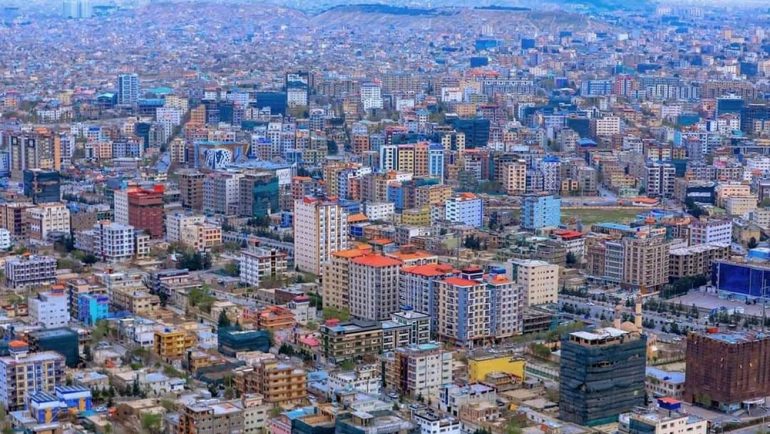 The Afghan government and the Taliban have officially announced that the militants will not enter the capital Kabul as the people are shocked and intimated with rumors of the militants’ incursion spreading rapidly among the people and on social media.

Some media have also reported citing sources on the both warring sides that the Taliban have entered into the city.

A statement published by the Taliban today, Sunday, August 15, said in order to enter Kabul peacefully and to ensure a safe and secure power transition, the negotiations are underway.

“No lives, properties, and dignity will be harmed,” the statement added, noting that the Taliban fighters are ordered to stop at the gate of Kabul and not to enter the city.

As stated in the Taliban statement, the Afghan government has the responsibility of ensuring security in Kabul until completion of the power transition.

Addressing the people in a video message, acting minister of interior, Abdul Sattar Mirzakwal, also confirmed that the Taliban are not supposed to attack Kabul. He added that Afghan defense and security forces will ensure security of the city until the power transition is complete.

With the rapid collapse of provinces, there are increasing fears among the public that the Taliban will resort to public executions, looting public and private properties, and revengeful acts against those who opposed the group. Most of the fears come for the group resorted to widespread public executions during their regime rule from 1996 to 2001 and also in areas under their control after 2001.

In response to these public scares, the group has reiterated that they will not resort to revengeful acts adding that all those who were serving Afghan forces or were at opposite front of the Taliban are already pardoned.

The militant group further asked them not to leave the country.

On the other hand, as rumors of the Taliban entering Kabul spread, it has created fears among most residents of the city and caused many markets to get closed in different parts of Kabul.

In response, the Presidential Office, Arg, tweeted that the country’s security and defense forces, in coordination with international partners, have started monitoring the security situation in Kabul. According to Arg, gunshots were heard only in a few remote areas in Kabul.

In addition to rumors, the BBC Persian Service and Al Jazeera also reported some incursions by the Taliban militants into the capital Kabul.

This comes as the Taliban has overrun nearly 30 provinces of 34 provinces in the past 10 days across the country. Most of these provinces have been handed over to the Taliban without any clashes.