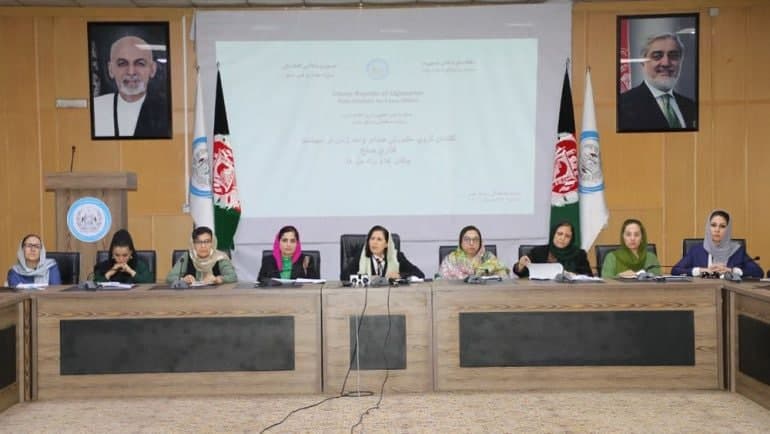 A number of Afghan women, who had gathered in Kabul, voiced their anger against Taliban atrocities in the areas under their control. They urged the United Nations Security Council to listen to the voices of Afghanistan’s women.

“The voices of Afghan women must be conveyed to the United Nation Security Council,” said a number of women who had gathered under the umbrella of a newly formed campaign group called the United Voice of Women Group.

They also stressed the need to provide protection for women rights activists with the support of the Committee to Defend Human Rights in Afghanistan.

On the other hand, the Group has also called for a meaningful presence of women in the peace talks which has collapsed. According to them, the role of women in the process has so far been symbolic, and that they have not been given a significant role at the decision-making level.

They, however, emphasized that women should be given an “equal share of the same rights as men including veto power” in peace decisions.

These women called on rights groups to document crimes committed by the Taliban insurgents.

On July 30, a number of Afghan women issued a joint statement declaring that the Taliban used women as sex slaves in areas under their control.

They called on the group to stop this action and to refrain from forcing women into forced marriages.