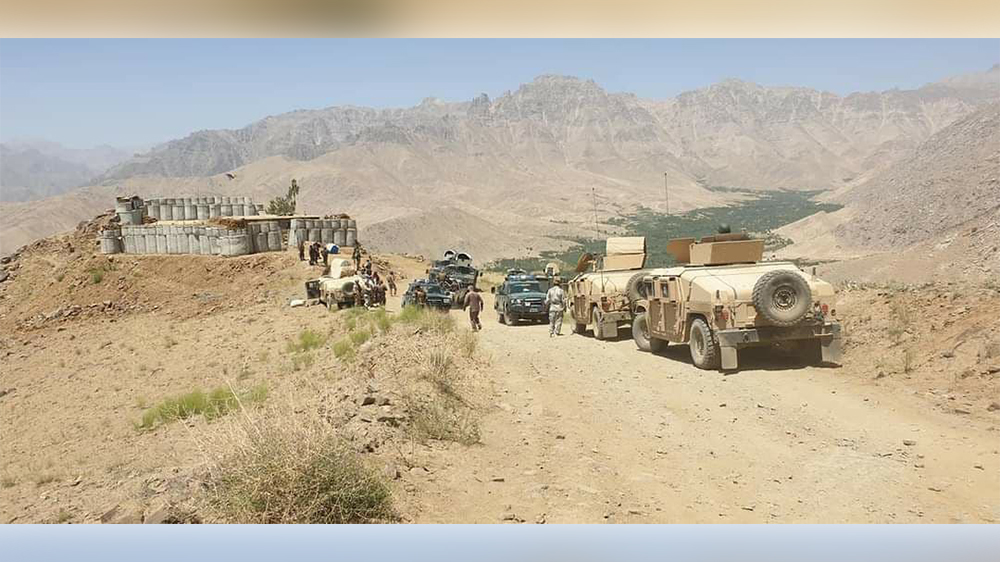 Over 200 local residents of Patoo district in the central Daikundi province have taken up arms to defend their district, along with defense and security forces, against continued Taliban attacks, locals said on condition of anonymity. “Defending the land and our honor is more valuable now [even] than doing prayer and fasting [in Ramadan]. We have to fight against the Taliban,” one of the local told Kabul Now.

The newly mobilized locals are stationed near Tamazan and Qukhoor areas of Patoo district from where the Taliban have launched repeated attacks, some very deadly, in recent years. In most recent case, clashes erupted between the militants last Thursday, June 10, and still the two sides exchange sporadic fires against each the other side.

At least one security force has been killed and six others wounded since Thursday, according to Sarwar Barlas, spokesperson for Daikundi governor. Though he did not provide a specific figure, he claimed that around 10 Taliban militants were either killed or wounded in clashes against security forces.

Clashes are ongoing between security forces and the Taliban militants in Tamazan area as the two sides hit each other’s position with light and heavy weapons, said Naqibullah Malistani, head of security at Daikundi Police Department. The local security official expressed concern that the Taliban had gathered in a large number and used more advanced weapons than the security forces in the locality.

Hours later after clashes erupted between the two sides, security forces left three outposts in Tamazan along with all their military equipment. Local security officials in the province said that the outposts were evacuated for their “uselessness” in order to take the required preparations to defend the Taliban attacks.

The locals, meanwhile, told Kabul Now that the Taliban militants took over the outposts and blew up one of them which located near the new built administrative building of Patoo district. The Taliban stormed into several residential houses in Hazara populated area of Tamazan and took out all the people from their houses, said Asad, a local resident.

“The Taliban group have entered into the people’s house and no living thing is left, except the Taliban,” head of security at Daikundi’ police, Naqibullah Malistani, claimed.

The growing threats posed by the Taliban in different parts of Daikundi province, particularly in Patoo district, has created concerns among residents in Nili, capital city of the province. Patoo district is located 10 to 15 kilometers away from Nili and it shares border with Gizab district of Urozgan which fell to the Taliban few days earlier. To counter these growing threats, residents of Nili have newly established People Uprising Force – a local pro-government militia.

The local militia was formed as a result of a large gathering attended by elders, civil society organizations, and local government officials on Thursday, June 10, in Nili. The militia will step in to support security forces whenever there is a danger or the war gets intensified, said the governor spokesperson.

Daikundi is a secure province in the central region of Afghanistan but some of its districts which share border with the restive provinces of Helmand and Urozgan, occasionally comes under the Taliban attacks.