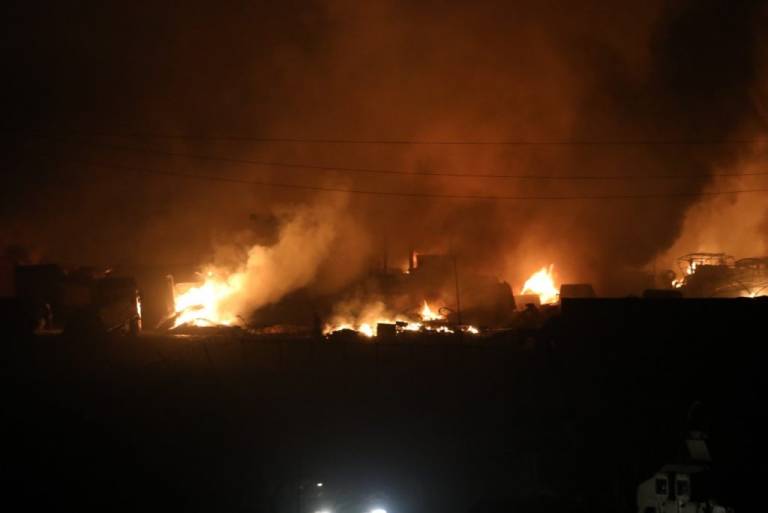 Local officials say hundreds of tankers, which were carrying fuel caught fire, and it has inflicted an estimated 50 million USD loss on Afghan traders.

Herat governor said that as the local government lacked the required fire-fighting facilities to stop the fire, they have sought the Iranian government to help them stop the fire.

Dozens of fuel tankers have caught fire, which is spreading, according to the eyewitness.

Initial reports say that as many as 17 people were injured in the fire. The figure is expected to rise as the fire has not been stopped completely.

The fire broke out after a fuel tanker exploded, according to local officials.