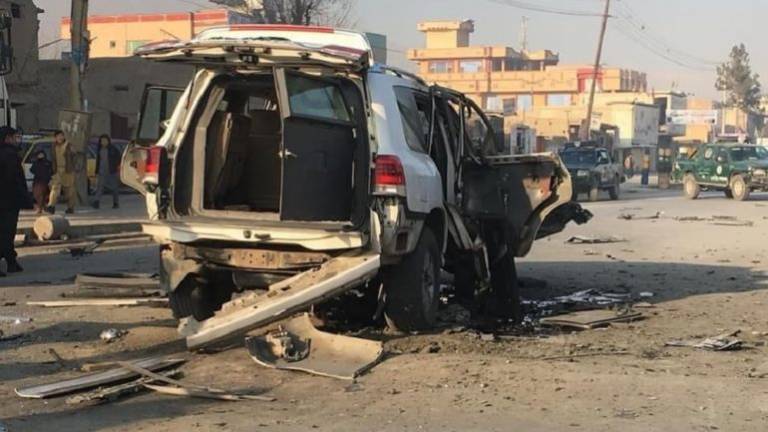 Ferdaws Faramarz, spokesperson for Kabul police, told Kabul Now that the accident took place around 8:12 AM on Sunday morning in Third Street of Shah Shahid area.

A source, on condition of anonymity, told Kabul Now that the blast targeted vehicle of a senior employee of Afghanistan Central Bank.

No group has claimed responsibility for the attack as yet.

The attack comes while in November last year, a magnetic IED blast targeted a government-owned vehicle which was carrying three employees of Central Bank, including Yama Siavash, who was a former TOLOnews presenter.

On Monday last week, a magnetic bomb hit vehicle of a government worker in PD11 of Kabul. Ferdaws Faramarz, spokesperson for Kabul police, said that the incident took place in Khairkhana neighborhood of Kabul. He said no one was harmed in the incident. The government official whose car hit the bomb was working with the Ministry of Telecommunications and IT, police said.

Over last couple of months of at least 14 people, including journalists, women rights activists, government employees and NGO workers, have been shot dead in targeted killings which went unclaimed.