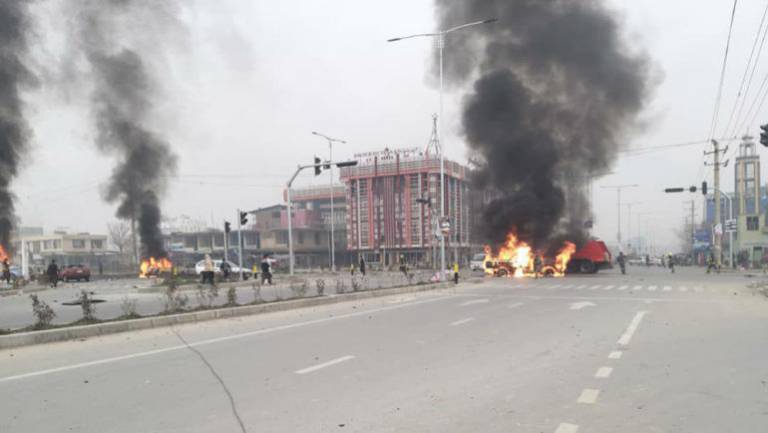 As many as eight people were killed and 15 others wounded, including a member of Parliament, after a powerful blast rocked PD5 of Kabul city, earlier this morning, Sunday, December 20, according to the Ministry of Interior (MoI).

According to him, the casualty toll is preliminary and expected to raise.

A government source, who spoke on condition of anonymity, told Kabul Now that the MP was the target of the blast.

No group has claimed responsibility for the deadly blast.

On the other hand, the Ministry of Defense said in a statement that Afghan forces have identified and defused a car bomb before reaching its target in Nawa district of the southern Helmand province.

In a statement issued today, December 20, the Ministry confirmed that two Afghan army soldiers got light injuries after explosion of the car loaded with explosive.

The incident took place this morning, Sunday, December 20, around 10:00 AM Momand Khan area of Nawa district.

Two civilians were killed and four other wounded in a roadside bomb explosion in Greshk district of the same province on Saturday, December 19.