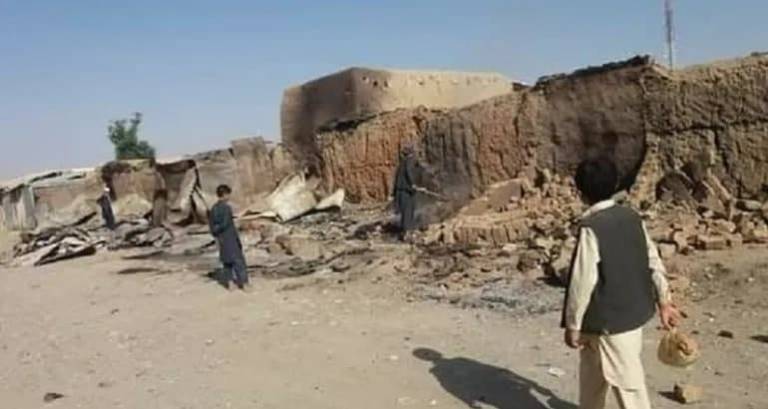 As many as 27 were killed and more than 30 others wounded, including civilians, in latest waves of violence erupted between the Taliban and Afghan security forces in Kunduz, Logar, and Faryab provinces, according to local officials.

Talking to Kabul Now, Esmatullah Muradi, spokesperson for Kunduz governor, confirmed that four Afghan soldiers were killed, two others wounded, and one other was missing after their outpost came under the Taliban attacks in Khanabad district of the northern Kunduz province. He added that the incident took place today, Tuesday, November 10, in Tapa Akhtar area of Khanabad district.

He claimed that the Taliban were struck with an airstrike by Afghan forces and suffered heavy casualties who had sought shelter in a residential house. The local official also confirmed that five civilians were killed and two others wounded in the airstrike.

Meanwhile, the Taliban have claimed that they have killed six government forces and arrested four others in the attack.

In the eastern Logar province, four local police forces were confirmed dead and one other was wounded as a result of Taliban attack on a security outpost in Pul-e-Alam, capital city of Logar province. Didar Long, spokesman for Logar governor, said that the incident took place last night, November 09, in Aloziha village of the provincial capital.

According to the local official, five Taliban militants were killed and three others wounded in the battle against the pro-government forces.

Zabihullah Mujahid, a Taliban spokesman, however, has claimed that 15 government forces were killed or wounded in the attack.

On the other hand, over 20 Afghan security forces and civilians were killed or wounded after a Taliban car bomb hit police headquarter of Almar district in the northern Faryab province.

Four soldiers were killed and 12 others wounded in the car bombing, wrote Naqibullah Fayeq, governor of the province, on twitter. He further claimed that a Taliban suicide bomber and four other militants were also killed in subsequent clashes erupted between the two clashing sides. According to him, the bombing has destroyed dozens of shops and residential houses. It also caused civilian casualties, the governor added.

Abdul Karim Yourish, spokesman for Faryab police chief, told Kabul Now that more than 10 civilians were killed or wounded in the car bombing.

The Taliban, however, have not commented regarding the car bombing attributed to the militant group.

Car bombings against government facilities in district and provincial capitals have recently increased substantially for which the government blame the Taliban.