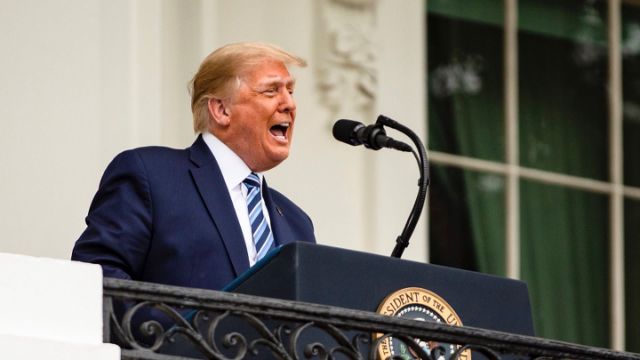 Reacting to Taliban’s endorsement for Donald Trump to be re-elected as President of the United States, Tim Murtaugh, communications director of Trump’s campaign, has rejected the group’s endorsement.

“We reject their support and the Taliban should know that the President will always protect American interests by any means necessary, unlike Joe Biden who opposed taking out Osama bin Laden and Qassem Soleimani,” Murtaugh was quoted as saying on the Business Insider.

The rejection comes after Zabihullah Mujahid, a Taliban spokesperson, hoped for Trump’s victory in the upcoming US presidential elections that is scheduled to be held on November 03, 2020. “We hope he will win the election and wind up US military presence in Afghanistan,” Mujahid told the CBS News in a phone interview on Saturday, October 10.

Mujahid’s hoped for Trump’s victory after the US President said in a tweet on Thursday, October 08, that the remaining US troops will be completely withdrawn from Afghanistan by Christmas which was immediately welcomed by the Taliban. “We should have the small remaining number of our BRAVE Men and Women serving in Afghanistan home by Christmas!”

In addition to Mujahid, the CBS News also quoted two other Taliban leaders praising Trump and expressing concern for him of contracted the Covid-19.

“When we heard about Trump being COVID-19 positive, we got worried for his health, but seems he is getting better,” a senior Taliban leader was quoted as saying.

Another senior Taliban member also added that “Trump might be ridiculous for the rest of the world, but he is sane and wise man for the Taliban.”

As his last year tweet in earlier September which declared the US-Taliban talks dead, his last week tweet about withdrawal of the remaining US troops in Afghanistan by Christmas also caught Afghans by surprise. It further provoked concern among Afghan officials at a critical moment when the Afghan government and the Taliban are negotiating a peace deal in Doha, capital of Qatar.

Under the US-Taliban peace deal, the US will pull out all its forces by May 2021.

In reaction to Trump’s tweet, Chairperson of the High Council for National Reconciliation, Abdullah Abdullah, warned that a premature withdrawal will have consequences.