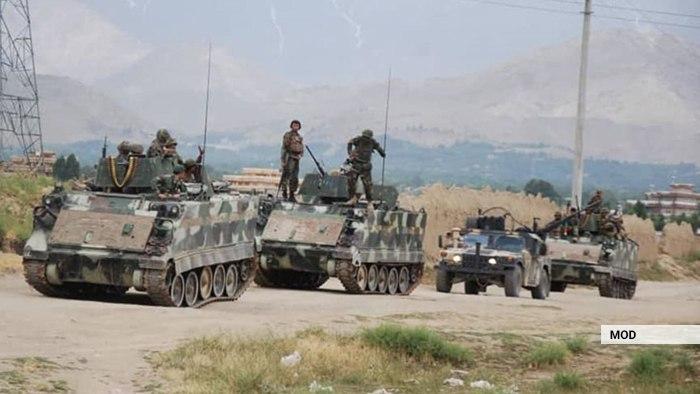 Afghan security forces on operation in outskirt of Kabul
KabulNow·October 7, 2020

Following Taliban maneuver in suburb of the capital Kabul, the Afghan security and defense forces launched cleansing operations in several districts of Kabul province including Khak-e-Jabbar, Mosahi, and Surobi districts.

Fawad Aman, deputy spokesman of the Ministry of Defense (MoD), told Kabul Now that the country’s defense and security forces have stopped Taliban movement in most districts of Kabul. The security forces have launched operations in in Surobi, Mosahi, Shakardara, Qarabagh, Khak-e-Jabbar, and Chahar Asyab districts, Aman said. Several Taliban ammunition depots were confiscated by the security forces, according to spokesperson for the MoD.

Violence has increased in Afghanistan even as negotiations between the Afghan government peace delegation and Taliban representatives are underway in Doha since September 12.

By maneuvering in outskirts of Kabul, the Taliban, as some military experts tell Kabul Now, are trying to gain more concessions on peace table in Doha.

Wahidullah Ahmadzai, district governor of Khak-e-Jabbar, told Kabul Now that the Khak e Jabbar is currently under control of the Afghan government and the Taliban do not have any base in the district. “The enemy does not have any checkpoint in Khak e Jabbar,” he added.

The Taliban organize their operation from Logar and Nangarhar provinces, according to Mr. Ahmadzai. He underlined that Afghan security forces launched cleansing operations in Bangi, Chalghuzi, Siuk and Talukhil villages of Khak e Jabbar district and pushed the militants out of these districts.

Sources tell that the Taliban have been pushed out of northern Qarabagh and Shakardara districts of Kabul too. Last month, the militant group issued a statement in Shakardara district in which they directed girls to wear Islamic hijab when going to school.

Khaja Hanif Sediqi, district governor of Qarabagh, told Kabul Now that the district is completely safe and under control of the government.

Fawad Aman says that presence of government forces in Kabul districts has increased as compared to the past.

Atiqullah Amarkhail, a retired army general, says that the Afghan security forces need to heap on intelligence operations in outskirts of Kabul. He says the government must continue operations against Taliban movement in these areas.