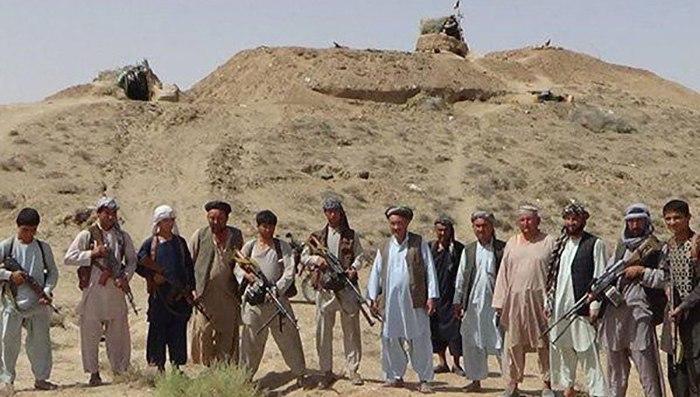 The Taliban militants have launched offensives on Hazara populated areas ahead of a peace talks that is scheduled to take place in coming weeks in Doha, Qatar. Hazara populated areas in northern Balkh, Sar-e-Pul, and Samangan, in central Daikundi and Ghor and in the southern Ghazni came under repeated attacks by the Taliban, leaving dozens of civilians and security forces dead and wounded.

On August 30, Mohammad Mohaqiq, a Hazara leader, speaking on Ashura ceremony, claimed that around 67 people were killed as results of Taliban attacks in Patoo district of the central Daikundi province over past two weeks.

There is no exact figure about civilian causality.

The February peace deal, signed between the US and Taliban, was expected to reduce violence in the country. With peace deal inked, the Taliban leaders in Doha made oral commitments on reduction of violence but Taliban fighters on the ground continued to target civilians, mainly attacking Hazara populated areas.

The Taliban, however, have faced strong resistance from local militias who so far have defended their territories without government support and repelled the militant group.

Political observers and figures are of opinion that the Taliban are not capable of capturing territories in Afghanistan’s central regions and they will not be able to establish a lasting rule over the territories. The militant’s ideology has no fame among locals in the central region. Taliban attacks to take control over a district or a province will not yield any result, Mohammad Mohaqiq said.

Speaking at gathering to mark Ashura in the Ministry of Higher Education on Wednesday, August 26, Second Vice President, Sarwar Danish, underlined Taliban efforts to control central highlands is doomed to a defeat. “If they [the Taliban] enter Hazarajat (Hazara populated areas), they will find themselves in a quagmire. The Taliban must understand [it],” he said, warning that the Hazaras will fight to their last breath when their houses and lands come under invasion.

What stimulates Taliban to launch attacks on Hazara populated areas?

Over last two years, the Taliban launched sporadic attacks on Hazara populated districts mainly in central Daikundi and southern Ghazni provinces. Though the Taliban militants have put efforts to topple government institutions in these areas, their efforts have failed as Afghan security forces and locals have strongly resisted against Taliban invasions in the central areas of Afghanistan.

Political observers and military commentators believe that Taliban attacks against the central regions are aimed at strengthening their bargaining position on the negotiating table, and by attacks on central areas they want to gain more concessions in intra-Afghan negotiations.

Some MPs who represent Hazara constituencies believe that Taliban attacks on Hazara populated areas and their bargaining position on peace table seem to be interlinked.

Ghulam Hussain Naseri, who represents Kabul in the Parliament, is of opinion that the Taliban militancy, with a strategic aim to gain more concession on negotiation table, continue to launch attacks on areas populated by the Hazaras.

The Taliban keep their strategic offensives on battlefields continue so as they gain more concession on the negotiations table, says Ali Akbar Jamshidi who represents the central Daikundi province in the Parliament. By attacking Hazara populated areas, the Taliban spread their propaganda, and every Taliban attack on these areas comes under a widespread media attention, which serves Taliban war propaganda, he said.

The mountainous central provinces of Afghanistan are considered as green zone areas of the country when it comes national security policies. Locals in central regions, though have complaints about central government’s negligence, are staunch supporters of the government and strongly resist Taliban attempts for establishing foothold in the areas.

The central region, which is loosely guarded by military establishment, has put less economic burden on the government since the fall of the Taliban in 2001. Over last two years, locals kept urging the central government to establish military bases to protect their areas against Taliban attack but the government, under consistent pressure to safeguard major cities, fell short to fulfill locals’ security demand.

In November 2015, a huge number of protestors assembled in Kabul after militants of the Islamic State Khurasan Province (ISKP) beheaded seven ethnic Hazaras, including nine-year-old Shukria Tabassum. The protesters urged the central government to establish military corpses in central regions. In November 2018, hundreds of civilians marched in the capital in mid-night to protest against government procrastination to act against a Taliban offensive in Ghazni’s Jaghori district. The protestors urged the government to establish permanent military units to defend Jaghori, Malistan and Nahor districts—three districts which are predominantly populated by Hazaras.

In 2017, a delegation led by the Ministry of Defense (MoD) conducted a security assessment and came up with a plan to establish a brigade—consisted of six battalions—in the central region but it was sabotaged by some circles close to the President before getting presidential approval, according to MP Jamshidi.  “This plan is the best one for protection of the central region. A number of MPs are still reiterating on implementation of the plan, but the government has been reluctant to implement it so far.”

Sher Mohammad Karimi, former chief of army staff, believes that neither the government has budget nor threat levels are high as to establish a brigade in the central region. Threats posed against central provinces can be removed and the defense authorities can deploy battalions from other military corpses headquartered in northern, western, southern, and south-eastern Afghanistan to central areas.

On the other hand, Fawad Aman, deputy spokesperson for the MoD, says that the Afghan National Army will launch operation in areas which come under threats.  A strategy to establish Territorial Army – a local militia within MoD structure – is underway which will cover the central region, Aman says.