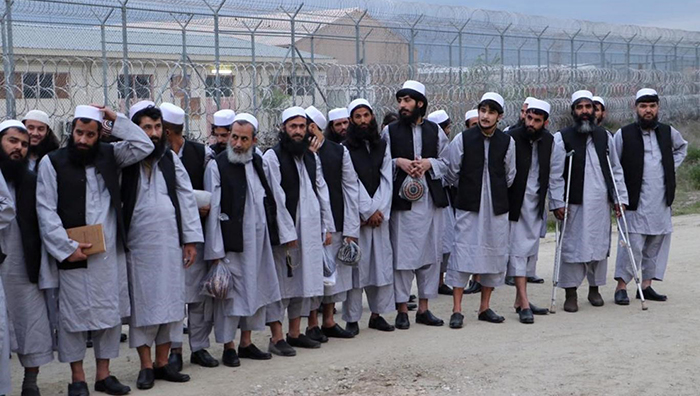 Release process of the Taliban prisoners will be completed with last batch of the militants – a group of 120 Taliban inmates – set to be released today, September 02, a source from Office of the National Security Council (ONSC) confirmed to Kabul Now.

The source who spoke on condition of anonymity further revealed that 200 Taliban prisoners were released over past two days, adding that six Taliban notorious prisoners will not be released upon France request.

According to the source, in return, the Taliban released four Afghan commandos yesterday, September 01, and will free two others today. The source further said that the Taliban have confirmed that the remaining commandos are dead.

Release of eight Afghan commandos had become a matter of controversy between the government and the Taliban. The government had conditioned the release of 320 Taliban prisoners to the release of commando force but the militant group denied having them in their custody.

On the other hand, the source confirmed that the government negotiation team will leave Kabul for Doha, capital of Qatar, tomorrow, September 03, to start intra-Afghan negotiations with the Taliban. The source further said that the technical team of the negotiating delegation have already left Afghanistan for Qatar.

Completion of the prisoner releases is said to be the main barrier against start of the long delayed intra-Afghan negotiations primarily scheduled for March 10, 2020, as per the US-Taliban agreement signed on February 29, 2020.

The Taliban, however, reiterated the time and again for release of the group’s prisoners as per their submitted list which included the 400 notorious Taliban prisoners.

Under strict US pressure, President Ghani called for a consultative Loya Jirga – a traditional grand assembly – earlier in August to decide the fate of the Taliban prisoners. The three-day assembly chaired by Chairman of the High Council for National Reconciliation, Abdullah Abdullah, approved release of the prisoners.