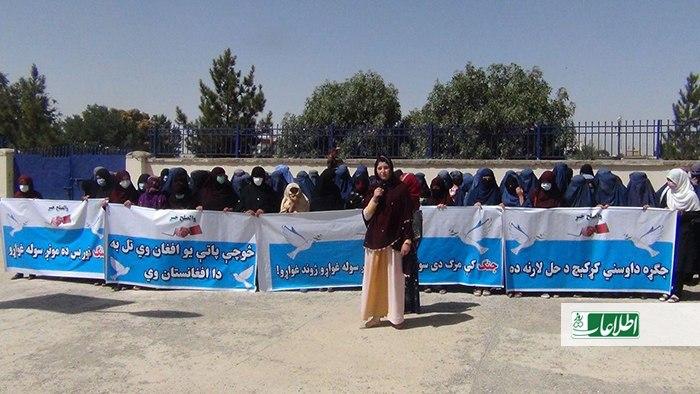 Paktia women call for ceasefire before start of intra-Afghan talks

Holding a rally in the eastern Paktia province, today, September 02, a number of women called on the warring parties to agree on a ceasefire before start of intra-Afghan negotiations.

Participants of the rally attended by dozens of women – each lost a family member in the war – stated that the current war was not the solution.

Nahida Hakimi, an organizer of the rally, says that each of these participants lost one or two member of their families  in war.

“Recent insecurities in Paktia have caused concerns for the people. The women have suffered more and we call on both parties to make permanent ceasefire. We no longer want to lose our brother, father or another member of our family to the war,” says Ms. Hakimi.

Kayenat, another participant, says that insecurity and financial problems prevented her from attending school. She, who lost her brother, uncles, and cousins, does not want her life to be destroyed further.

She called on the parties to stop the war and pay serious attention on improving the lives of women.

Though the violence were expected to reduce after the US-Taliban peace deal signed on February 29, 2020, the militant group intensified attacks and offensives across Afghanistan, particularly in the countryside areas, killing hundreds and wounding many others, mostly civilians.

This comes as the government negotiation team is set to leave Kabul for Doha, September 03, to start intra-Afghan negotiations with the Taliban.