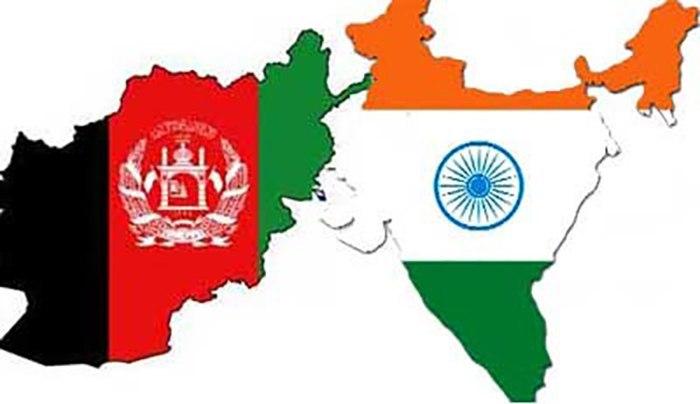 A number of Afghan students, who have been sent to India on government-funded scholarships, claim they have been enrolled in unaccredited institutions which are not registered with the provincial government of India. The students who were sent to India in early years of the National Unity Government – formed in 2014 under President Ghani – complain about corruption in Afghan educational institutions. According to them, students who have ‘connections’ are given scholarships in accredited and well-known universities, while those who do not have, are sent to private and ‘unaccredited’ universities in India.

Now, India’s provincial government institutions in charge of approving educational documents of foreign students refuse to approve their documents, describing the institutions they were enrolled in as ‘fake’ universities.

But, Mohammad Hanif Farzan, deputy spokesperson for the Ministry of Higher Education (MoHE), rejects claims made by the students. He asserted that all Afghan students have been sent to accredited registered Indian universities on government scholarships.

A number of students, who got high score in Afghanistan university entrance exam, kankor, in the years 2014 and 2015, were sent to India for higher studies. Some of them have failed to get their educational documents attested, though they have made several attempts over past two years.

A student, who was sent on government scholarship to a university in India’s Rajasthan State, claimed that he has failed to get his educational documents attested despite making attempts over two years since his graduation. The student, who spoke on condition of anonymity, said that he and a number of his fellow students, who did not have connection in the Afghan government, were sent to universities which the Rajasthan State secretariat—agency for attesting educational documents—describes as ‘unaccredited’ and ‘fake’ universities.

The secretariat does not attest or approve their educational documents, the student claim.

He further went on to complain about facilities in dormitories and accommodation services at the universities. “Dormitory is in worse condition; we would have water just for two hours after a two-day shortage. Food were too bad and no hygiene was observed. Those who have connections are introduced to better universities with hostel facilities,” the student claimed.

Salar Sarkada, who was sent on government scholarship to India—with scoring 303 marks in Afghanistan kankor in 2014—says that he has not been able to get his documents approved in last 18 months. While a normal process for attestation lasts a week, his documents have yet to be attested, though he had applied to the Rajasthan secretariat in February 2019. “Since the beginning, I have sent more than 40 E-mails to this agency but my problem has not been resolved so far.”

Rajasthan State secretariat repeatedly has asked why the Afghan embassy in India has sent us to those universities while there are many credited state-run universities, says Sarkada. “These universities are not accredited for us and that is why we do not attest your documents,” he said quoting Rajasthan secretariat’s officials.

Sayed Haleem Sadat, another Afghan student, claims that the secretariat has rejected to attest his educational documents after 10 months of shuttling between the university and Rajasthan’s State secretariat.

Also, authorities of the Rajasthan State, as claimed by the Afghan students, reject processing applications of Afghan students. “Tell your government not to enroll you in these universities so as not to face these problems for getting your [educational] documents,” says an Indian public officer, who the students claim serves as head of Rajasthan’s office of foreign students affairs, in a video sent to Kabul Now by Afghan students.

The students say that they have repeatedly referred to Afghanistan embassy in Delhi, asking them to address the issue but to no avail. The Embassy “tries to silence us instead of addressing our problem,” they claim.

According to the students, the Embassy has handed over finance and introduction affairs of the students to an Indian company, called “EDCIL”.

Spokesperson for the Ministry of Foreign Affairs (MFA), Gran Hewad, however, noted that Office of the Educational Attaché of the Embassy was responsible for students’ affairs. He said the Afghan embassy’s educational attaché is accountable to the MoHE, not to the MFA.

Rejecting existence of any fake university in the list of Indian universities where the Afghan students have been enrolled, Mohammad Haneef Farzan, deputy spokesperson for MoHE, stated that all universities wherein Afghan students were sent are accredited. “These universities are selected by the [Indian] EDCIL firm, which is the only state-run company [the Single Window agency to facilitate the admission of children of Indian Diaspora and foreign students]. No complaint has been registered with the agency regarding this issue so far,” Farzan maintained.

According to the MoHE official, most Indian universities issue “provisional degree” upon graduation of the students and grant educational documents—diploma and transcripts—after convention of graduation ceremony, a process which takes six months to one year.

Students, who enjoyed government scholarships, were provided with required facilities and accommodation services, as stipulated in a Memorandum of Understanding (MoU) signed between the Afghan government and the EDCIL, during their stay in their respective dormitories and universities, according to him. Farzan detailed that students, who were settled in dormitories of the universities, were paid a USD 50 monthly stipend, and those who were settled out of the university campuses were given USD 100 monthly stipend. “The MoU was expired in June of 2019.”

As per figure provided by the MoHE, 1,180 students have been sent on government scholarships for undergraduate studies, 805 for graduate studies, and 74 others for doctoral studies to India between the 1395 to 1398 solar years. With more than 13,200 Afghan students currently pursuing their higher studies in India, following Nepal, Afghanistan is the second country which benefits scholarship programs offered by the Indian government. Of these students, 5,600 are admitted to Indian universities in scholarship programs funded by government, international organizations, and universities, and more than 7,600 others are pursuing higher education on their own.