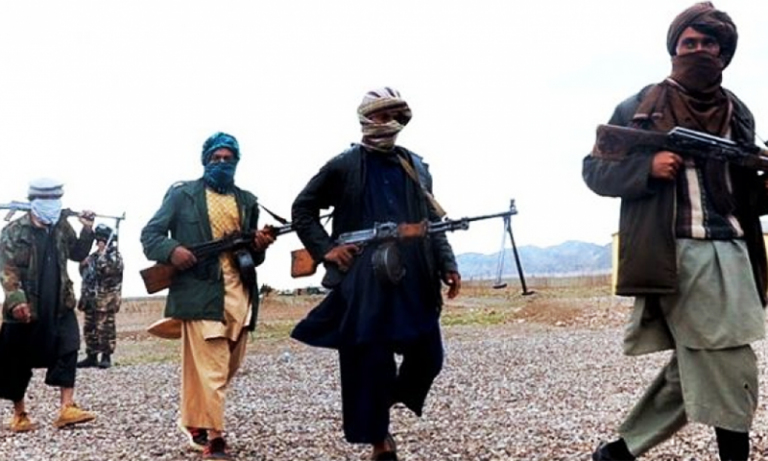 28 dead in recent clashes between Afghan forces and Taliban

As many as 28 people were killed, 16 others wounded, and nine Afghan forces were abducted by the Taliban militants, in recent clashes erupted between Afghan defense and security forces and the Taliban in Farah, Samangan, and Faryab provinces, according to local officials.

Talking to Kabul Now, Shah Mahmood Naeemi, deputy chief of Farah Provincial Council, confirmed that seven army forces were killed and nine others were abducted by the Taliban after their checkpoints came under attack by the Taliban militants in Balbuluk district of the western Farah province. He added that the incident took place on Saturday night, September 26, on Herat-Kandahar-highway in Kansak area of Bala Bluk district.

Three security forces were killed and one other was wounded after the Taliban militants attacked their checkpoints in Dawlatabad and Shirin Tagab districts of the northern Faryab province. Abdul Karim Yuresh, spokesman for Faryab police chief, says that the Taliban launched their attacks earlier this morning, September 27, at 3:00 AM.

Though the local official claimed that the Taliban also suffered casualties, he did not provide a specific number. He, however, said that two Taliban militants were killed and three others wounded in Qaisar district of Faryab on Saturday, September 26.

In the northern Samangan province, Abdul Munir Rahimi, spokesperson for police chief of the province, confirmed that two soldiers were killed in Taliban attacks in Dar-e-Suf Payeen and Nakhchir districts of the province.

He further claimed that 14 Taliban militants, including five key commanders of the group, were killed and 12 others were wounded in aerial and ground operation of Afghan defense and security forces.

On the other hand, Asadullah Dawlatzai, spokesperson for Laghman governor, confirmed that operatives of the National Directorate of Security have arrested a Taliban suicide bomber in the eastern Laghman province.  The suicide bomber was mandated to target Fazel Hadi Muslimyar, speaker of the Senate.