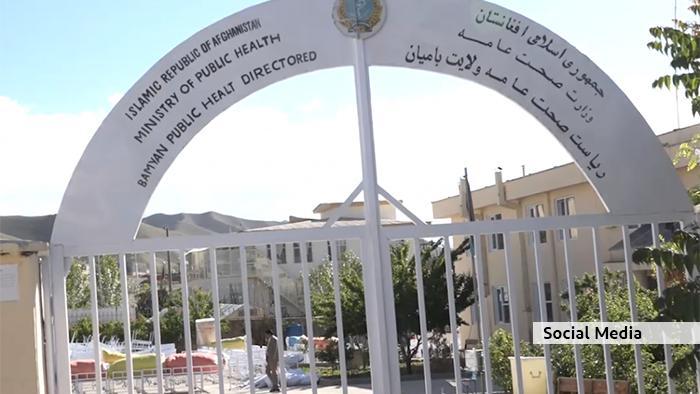 Documents obtained by Kabul Now suggest a poor health care service delivery in the central Bamyan province for which director of the province’s health department, Sayed Ali Aqa Ayoub Naseri, is accused of mismanagement, corruption, abuse of authority, and nepotism.

Talking to Kabul Now, Naseri rejected the accusation made against him, describing it as “conspiracies” made by those who have personal hostility towards him. He claimed that the health care services have improved in Bamyan since he has taken the charge.

Findings by the delegation suggest that most medical centers across seven districts of the province are facing substantial shortcomings and lack of facilities. The findings are as follow: lack of medicines, overused and unusable medical and office equipment, lack of equipment and instrument to prevent Covid-19 spread in medical centers of the districts, belated salary payments for health workers, need for hiring professional health workers, and replacing unnecessary and useless workforce. The delegation demands for legal prosecution of the health director, Naseri, and AKHS authorities for mismanagement and negligence.

In its report, the delegation concludes that the AKHS—which is responsible for health service delivery—and the health department, which is responsible for coordination and monitoring, have not acted responsively to meet the people’s needs for health services. Part of the report says that Naseri has repeatedly provided fake reports, in written and orally, about the health care service delivery in the province. For instance, on April 19, 2020, reporting to the 7th meeting on fighting Covid-19, he has said that there are enough medicines for all Bamyan medical centers for the next seven months while the fact suggested the opposite.

Finding by the delegation shows the medical centers in districts were facing medicines shortage and the report by Naseri was not true.

Naseri claims that following the Ministry of Public Health (MoPH) order which was issued in response to the delegation’s report, he has initiated a program to address problems and has already resolved 90 percent of the deficiencies.

But Esmael Zaki, coordinator of civil society network and human rights in Bamyan, says that the health service delivery has not improved in the province. Zaki, who was also a member of the delegation, noted that no change has been made despite the report was shared with the health ministry and with the governor’s office two months ago. He is of the opinion that Bamyan health department is liable for deficiencies despite AKHS had the responsibility of providing health services in the province.

In three complaint letters signed by community development councils from across Bamyan and another letter filed by the civil society network addressed to the MoPH and the governor office, the people have evidently pointed out to Naseri’s illegal acts and asked for his removal from the province’s health department.

Calling all the accusations as “baseless” and false, Naseri asserted that these “conspiracies” were made by people who had personal hostilities with him. “There are some hidden hands behind the documents forged by community councils and the people’s honesty are misused. Perhaps, most of the community councils’ heads have not understood the issue and signed them for having personal relations. Whoever has collected the signed [documents] has deceived the community development councils’ [heads],” he maintained.

His critics, however, claim that the health director has failed to equip Bamyan’s 20-beds hospital—currently allocated to Covid-19 patients – as required, claiming that medical equipment of Bamyan’s former provincial hospital were looted as a result of mismanagement by Naseri.

Meanwhile, Esmael Zaki, claims that complaints – regarding health service delivery – was raised by the civil society network two years back but to no avail.

In early 2019, the AKHS took charge for providing health service in state-run health centers in Bamyan. Bamyan public health department is responsible for policy making and monitoring the service delivery in the medical centers.

According to Zaki, though the AKHS wants to invest more than what they have committed in the agreement for the health sector in Bamyan, the local health workers and officials are not capable of managing the service delivery process. He says that people face lack of medicines in districts while AKHS’s drug stockpiles are full of medicines. “We tell them that what purpose these drugs are supposed to serve for. Your job is to supply [the hospitals] with these drugs. These personnel are not capable of managing the affairs,” Zaki denoted.

Complaints filed against health department claim the health director is practicing nepotism and violating transparency in the process of hiring health workers for Covid-19 centers. The complainants claim that the health workers are not competent and some of them even cannot read and write. As per accounts of the complainants, Naseri is applying discrimination against health workers from other ethnicities. “There are dozens documents unveiling that the public health director is firing employees from other ethnic groups and replacing them by those from his own ethnic group and relatives, a clear discrimination against other ethnic groups in Bamyan,” part of a complaint reads.

To support their claims, the complainants point out to appointment of his brother-in-law as surgeon at Yakawlang district hospital and Sayed Jamal Alavi, a close relative of Naseri, as head of Bamayan Covid-19 hospital. According to the complainants, his brother-in-law is often absent from work and Alavi is, in the meantime, in-charge of Health Management Information System at Bamyan’s public health department.

Naseri rejected accusations, saying that his brother-in-law was appointed as surgeon on his own personal competency.

There are complaints that staffs of Covid-19 hospital, who are claimed to be relatives of Naseri, are being paid much higher salaries than other employees, an accusation Naseri refuses calling it baseless.