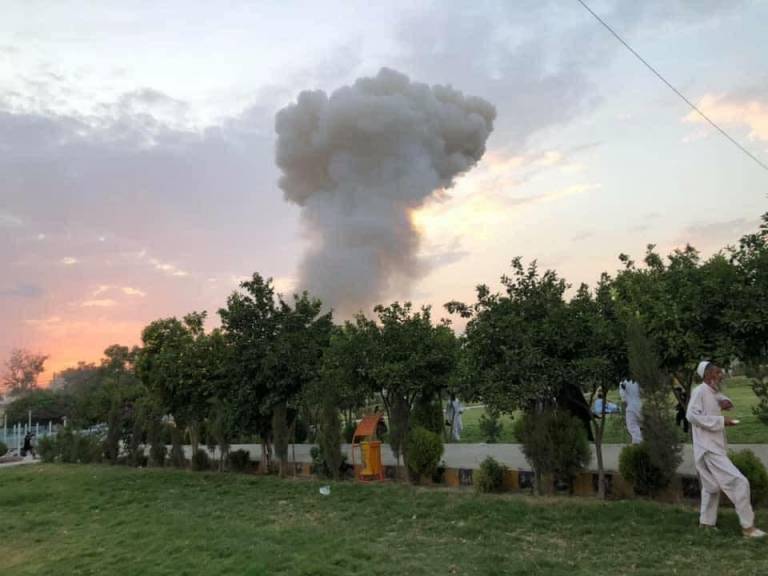 As many as 29 people, including civilians, Afghan security forces, and prisoners, were killed and 50 others wounded in an almost 19 hours long raid by militants affiliated with the Islamic State Khurasan Province (ISKP) in Jalalabad, a local official confirmed.

The casualty toll is expected to raise.

A group of armed men launched an attack on August 02, around 06:45 PM after a car bomb went off to detonate wall of government-run detention center in Jalalabad, capital city of Nangarhar province.

Talking to Kabul Now, spokesperson for Nangarhar governor, Attaullah Khogyani, detailed that three armed assailants were shot dead and nearly 700 prisoners, who had escaped from the prison, were rearrested by security forces. He noted that the attackers have taken position in the last story of a residential building from where they shoot Afghan security forces.

Khogyani confirmed that assailants have entered the prison but he assured that all the prison’s watchtowers, gates, and security outposts are now under control of security forces.

The Ministry of Interior (MoI) has assured that elite forces has arrived in the area. More than 19 hours in, the attack, however, is still not defused for what Khogyani described a cautious operation was underway to avoid civilian casualties.

Meanwhile, the Ministry of Defense (MoD) in a statement, said that the attack on the prison was brought to end and a clearance operation is underway inside the building where the assailants have taken position. Five assailants have been killed, according to the statement.
Two of the three prisoners, who were killed by the attackers, are members of the Taliban, the statement reads.

Issuing a statement, the National Directorate of Security (NDS), Afghanistan’s intelligence agency, identified the ISKP’s leader as Ziaulrahman, known as Assadullah Urokzai, who was a resident of Pakistan’s Orakzai Agency.

According to the NDS, ISKP’s leader has been behind many deadly and complex attacks across Afghanistan.