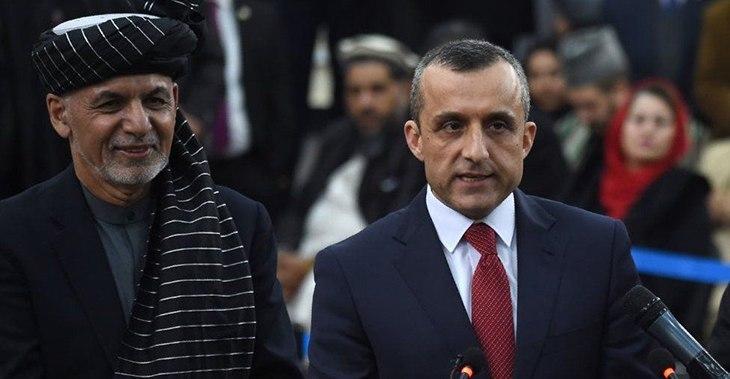 The Reporters without Borders (RSF) has called on President Ghani and Vice President Amrullah Saleh to “respect the press law they promised to implement” in the country.

The call comes after the Afghan spy agency detained two journalists for hours.

“The country’s authorities and security officials must respect this pledge and this law when taking action against ‘rumors and fake news’,” Reza Moini, Head of RSF’s Afghanistan desk was quoted as saying in a statement issued today, July 09, by the organization.

According to the RSF, Mahbobullah Hakimi of Radio Bayan has been arrested twice in the past eight days over an alleged insulting of President Ghani as “unbeliever” in a Facebook post. As the RSF notes in its statement, though Hakimi immediately rejected the insult, saying that someone had hacked into his Facebook account, he was arrested by the National Directorate of Security (NDS) and was forced to confess in a video published by the NDS.

The journalist was again detained in Zabul this morning, July 09, when he visited the local headquarter of NDS to collect his personal belongings for saying that “he had been tortured and forced to make a confession”.

Farough Jan Mangol, the Reuters news agency’s correspondent is another journalist who was arrested from his brother’s residence without a warrant and was questioned by the NDS for two hours. “After finishing the search, the NDS grabbed Mangol and took him to NDS headquarter in Khost, where they questioned him for two hours and then released him, saying his arrest had been a mistake,” said the RSF.

The RSF says that Danish Karokhel, Director of Pajhwok news agency, has been harassed since June 22 and subjected to “a full-blown interrogation” over accusation of “acting against national security” in the Afghan parliament.

On June 22, Pajhwok reported that 32 ventilators worth around USD 600,000 donated to Afghanistan had been stolen and smuggled to Pakistan.

The report spark many reactions among ordinary Afghans and also among officials of the government.

Firs Vice President, Amrullah Saleh, accused the agency of lying in a tweet posted the next day, June 23. “NO ventilator is missing from the inventory of the Ministry of Health in Kabul or provinces. NONE. Don’t fall in the trap of lies & falsehood. When someone tells you that your nose was stolen by the cat touch your nose first before chasing the onlooking cat. Calm down,” his tweet reads.

The RSF notes that “neither parliament, not the vice president nor the NDS has the right to directly summon, arrest or threaten journalists”, saying that as per the country’s press law, complaints against media and journalists must first be investigated by the Commission for the Verification of Press Offences.