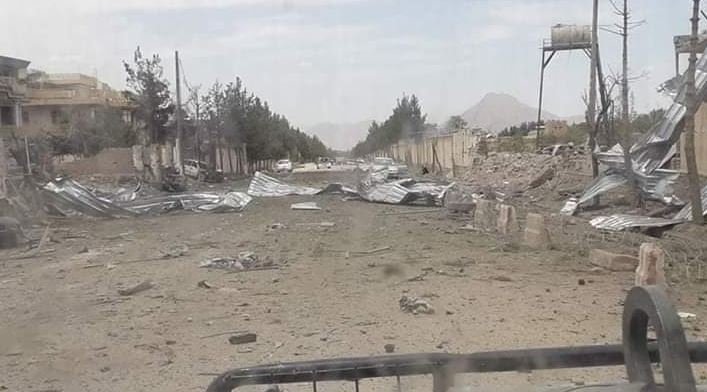 Picture taken in the aftermath of today's attack in Samangan
KabulNow·July 13, 2020

11 killed and 58 wounded in Taliban car bomb in Samangan

A car bomb targeted a facility of the National Directorate of Security (NDS) in Aybak city of the northern Samangan province, killing 11 people, local security officials confirmed on Monday, July 13.

The explosion left nearly 58 people wounded. 11 victims are reported to be in critical heath condition, according to local sources.

Mohammad Sediq Azizi, spokesperson for Samangan province, earlier today confirmed to Kabul Now that around 11 AM a car bomb went off in front of NDS building, which killed over 50 people including women and children.

The Taliban have claimed responsibility for the attack. Zabihullah Mujahid, a spokesperson for the Taliban, has claimed that the group have wounded 70 NDS personnel in today’s attack.

On the other hand, today, Monday, July 13, at least 35 Afghan security forces are reported to have been killed in multiple Taliban attacks in different provinces of the country.

Surge in Taliban attack comes while the Afghan government and the Taliban militants are preparing for a peace talks. Under the US-Taliban peace agreement, signed late in February this year in Doha, Qatar, the two parties will discuss a political settlement in intra-Afghan talks which is supposed to take place in coming months.