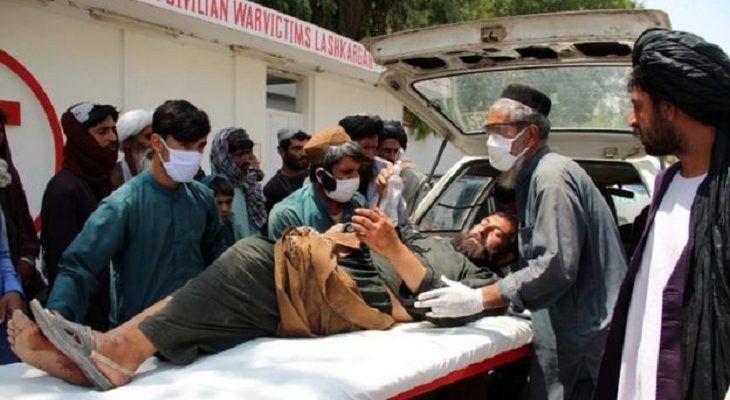 AIHRC: 37 civilians killed in three provinces over past five days

As many as 37 civilians, including women and children, were killed and 57 others wounded as the result of five security incidents taken place in three provinces over past five days, according to the Afghanistan Independent Human Rights Commission (AIHRC).

In a statement issued today, June 30, the AIHRC said that a total of six civilians, mostly children, were killed and 12 others wounded as the result of attacks by Afghan security forces in Balkh, Helmand, and Faryab provinces.

The commission further noted that a total of 31 civilians, including women and children, were killed and 45 others wounded as the result of mortar attacks and roadside bomb explosions in the southern Helmand province. This fatalities also includes a deadly mortar attack hit a traditional event yesterday, June 29, in Sangin district of Helmand province which killed 23 civilians and wounded 45 others, as per the accounts of the AIHRC.

Though the commission has not named any party as perpetrator of the deadly Helmand attacks, the local officials in the province had blamed the Taliban for yesterday’s mortar attack in Sanging district.

Rejecting the accusation, the Taliban blamed Afghan forces for the attack.

Describing all the attacks as war crimes, the AIHRC has called on the warring parties to respect the international humanitarian laws and refrain from attacks against civilians, public places, and civilian properties.

Asking related institutions to probe such attacks, particularly Sangin’s incident, the AIHRC stressed that it will probe the Monday’s deadly mortar attack in Sangin district of Helmand province.

The UN mission also called on the two parties, Afghan forces and the Taliban, to stop fighting in civilian-populated areas. The final number of casualties in Sangin’s mortar attack has yet to be verified by the UNAMA.