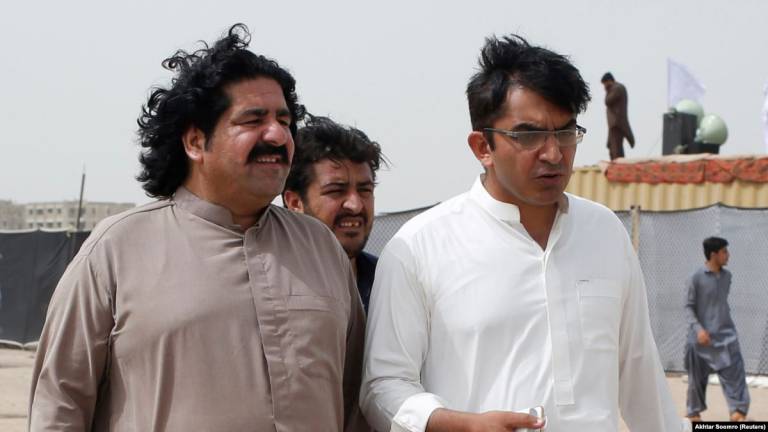 Mohsin Dawar and Ali Wazir, the two prominent members of Pashtun Tahafuz Movement (PTM) entered Afghan soil from Turkham border after they were stopped by Pakistani authorities from flying to Kabul to attend the oath-taking ceremony of Ashraf Ghani. Mohsin Dawar and Ali Wazir, who are member of provincial assembly in Khyber Pakhtunkhaw province of Pakistan, are critic of the Pakistani army establishment and Prime Minister Khan’s government.

Attaullah Khogyani, spokesperson for Nangarhar governor, confirmed that the two guests reached in the province.

Local officials accompanied Mohsin Dawar and Ali Wazir to Kabul to attend Ghani’s inauguration. They were taken to the capital by a military helicopter.

Lutfullah Atif Mashal, Afghan ambassador in Pakistan, told Kabul Now that they were part of a 17-member delegation of political parties invited by the Afghan embassy to attend the inauguration.