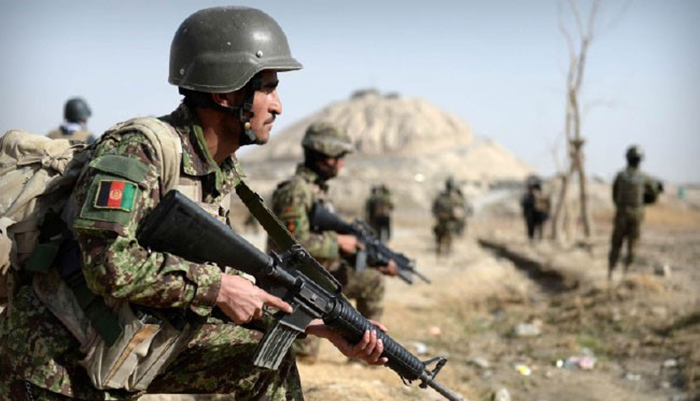 Though the Taliban leadership council have reportedly agreed to a truce demand, the situation on the ground is speaking out the opposite—more hostilities, violence, and bloodshed. Against the backdrop of a normal reduction in violence during the winter season, the warring parties have increased military campaign unexpectedly across the country.

41 Afghan military forces along with pro-government forces have been killed as the result of Taliban attacks over past four days in Helmand, Jowzjan, and Takhar provinces. In their deadliest attacks, carried out on Saturday, December 28, the Taliban militants killed 17 People Uprising Forces – a pro-government militia – in the northern Takhar and 10 military forces in the southern Helmand province.

On the other hand, the Afghan Ministry of Defense (MoD) says Afghan defense and security forces have increased airstrikes, night raids, and special operations in winter season. According to the ministry, Afghan forces have hit the Taliban militants more than ever during past week.

“More than 10 Taliban [militants] are killed and wounded in every attack,” said Fawad Aman, the MoD deputy spokesperson. “Around 100 Taliban are killed and wounded within 24 hours.” He stressed that the military operations will intensify further and more territories will be cleared from presence of the Taliban in the coming days.

He detailed that a wide range of territories have been cleared from presence of the militants in western Afghanistan and three senior commanders of the militant group have been killed in Herat province since the beginning of winter operation in the western region.

Mr. Aman said operations are underway in the north and south of Afghanistan. He added that 20 Taliban fighters were killed in an airstrike carried out yesterday, December 31, in Shurabak district of Kandahar. “The winter operation of government forces are focused on targeting the Taliban’s key figures and commanders,” he added.

Intensification of the war in the winter season—a season in which the violence decreases between warring parties—comes ahead of a likely ceasefire between the Afghan government and the Taliban. Citing unnamed Taliban officials, the Associated Press reported on Monday, December 30, that the ruling council of the militant group “agreed Sunday to a temporary cease-fir in Afghanistan.”

“The duration of the cease-fire was not specified but it was suggested it would last for 10 days,” the report said, adding that it was also not specified when the ceasefire would begin.

The report also stated that a ceasefire was demanded by Washington before any peace deal could be signed with the Taliban.

Meanwhile, spokesperson for the Taliban political office in Qatar, Suhail Shaheen, has indirectly rejected the reports on ceasefire, calling them “propagations” spread by the media. “If there is anything , we would surely share with our people and the media,” he added.

Why has the Afghan war intensified?

With the US and the Taliban are at threshold of signing a peace agreement, the war on the ground is intensifying. Afghan political and military commentators believe that the warring parties have intensified fighting to show their strengths before likely a peace pact that is expected to be signed in coming months.

Amirshah Nayebzada, an MP who represents Badghis province in the Afghan parliament, believes the Taliban are striving hard at this stage to maneuver themselves as a strong force across Afghanistan. He, however, says that the Afghan forces have the upper hand in the western part of the country as the result of increasing airstrikes on the militants’ strongholds.

“Air forces are very vigorous. The Taliban will be hugely suppressed, if not defeated completely, in a short term, if the airstrikes continues,” he said.

Assadullah Nadim, a military commentator, believes that both the Taliban and the Afghan government, are striving hard, at this stage, to strengthen their positions in the peace talks, and the two sides are trying hard to hold control over their territories under their control and expand their areas.

Contrary to the MoD’s remarks about status of the Afghan security forces against the Taliban, Mr. Nadim said that Afghan defense and security forces were not in well position, something that has made them more vulnerable.

“Only 35,000 police and army forces are stationed in Helmand which is not bigger than Faryab province. The number will be far more than 50,000 if we count local police forces and people uprising forces,” he pointed as an instance, adding that the number of Afghan security forces stationed in Faryab was very lower which made them vulnerable for the Taliban attacks.

The US-Taliban resurrected peace talks in Doha, capital of Qatar, has been halted since December 13 after a Taliban suicide bombing targeted a medical facility close to Bagram Air Base, the main US base north of Kabul.

Talking to BBC Persian service, Suhail Shaheen, has said that the peace talks was paused at the request of the Taliban negotiators in order to consult regarding the peace process with the group’s leadership.

The US Special Representative for Afghanistan Reconciliation, Zalmay Khalilzad, who leads the US representatives in the talks with the Taliban, however, said that he has expressed outrage about the attack on Bagram. “Taliban must show they are willing and able to respond to Afghan desire for peace,” he said in a tweet posted on December 13. “We’re taking a brief pause for them to consult their leadership on this essential topic,” the US envoy further noted.