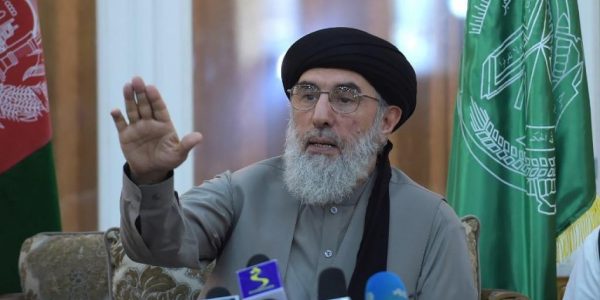 Speaking at press conference today, Monday, November 11, Gulbuddin Hekmatyar, the leader of Hizb-e-Islami, who is running for the 2019 presidential election, said that recounting of 300,000 votes by the Independent Election Commission (IEC) is not acceptable for him. If these 300,000 votes are not counted, the total vote cast in the 2019 presidential election will make one million and 500,000.

Mr. Hekmatyar claimed that almost 44 percent of the votes counted by the IEC are fake. Recounting of votes in over 800 polling stations is not acceptable for him, he stressed.

Gulbuddin Hekmatyar, who joined peace process in 2016, claims that ‘vote riggers’ have paid USD 27 million to German firm, Dermalog, as bribe to manipulate the process.

The statement came while yesterday, Abdullah Abdullah, who is seen as the main rival of Mr. Ghani in the 2019 presidential election, called on the IEC to put on halt recounting of votes in over 8,000 polling stations.

Under fear of violence, the 2019 Afghan presidential election was held on 28 September. Though the security threat was high, many Afghans turned out in major Afghan cities to cast their votes on Election Day.  The preliminary result of this election was scheduled to come out on October 19 but it was delayed as the country’s election commission lagged behind timeline. The preliminary result of the 2019 presidential election is expected to come out on November 14.