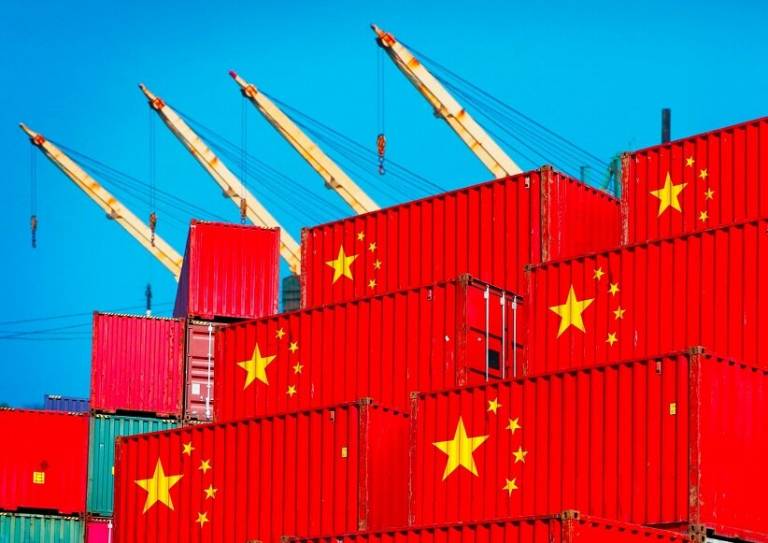 A rising China; fortune for some, misery for others

Chinese ingenuity and rapid economic growth is unprecedented and equally inspiring in its nature. The immensely populous China, is taking on the world, with its hugely successful economic model, and mass production worldwide. This robust economic model encompasses the three very essential ingredients, key for any sustained economic growth; accessibility to cheap labor, viable bureaucratic system and above all, the ability to cater and appease to variable tastes across the global marketplace. Mainland China; (Hong Kong, Taiwan and Macau combined), is the largest economic zone in the world. Chinese volume and efficiency in production, is unmatchable compared to any resident economic powerhouse in the world. China is an old civilization with a tremendous track record in facilitating trade through its vastly enormous terrain in the course of history. In ancient days, Chinese merchants were the pioneers in traveling miles looking for looming economic opportunities in its resident region and beyond. The historic silk and lapis lazuli routes were occasional rendezvous passing destination for these indigenous Chinese traders.

The Chinese economic model is a hybrid between state controlled and private ownership. The Chinese government retains, full auspices over all aspects of domestic, and foreign economic engagements; it is also providing a playing level field opportunity for private sector, to engage in economic ventures at the same time.

Where the growing Chinese economic dynamism, in relatively poorer economies, results in an influx of large –scale infrastructural projects, it is also forging political influence, and economical vulnerability to that of Beijing’s global hegemonic aspirations. The US current administration is well-aware of the Chinese ambitions to undermine and surpass American dominance in all shapes or forms in the years to come. Understanding the longer run diminishing impact on US economy; the growing US trade deficit to that of China, compelled the White House to introduce tangible changes in trade policies concerning China. President Trump and his chief trade negotiator Robert Lighthizer are actively pressuring Chinese counterparts to accept a brand new inclusive US China trade deal, ideal to both sides. The US has repeatedly blamed China for spying on American indigenous companies, and stealing intellectual property worth billions, moreover, US trade officials are constantly voicing concerns about systematic Chinese currency manipulation. China has a history of devaluing its currency that makes Chinese products cheaper for exports, whereas, making foreign goods way expensive for Chinese domestic consumption.

The United States owes its greatest portion of national debt to the Chinese, followed by Japan, United Kingdom, Brazil and Ireland. (The 4.1 trillion dollars worth US foreign debt is primarily in US treasury bills, notes and bonds that are owned by foreign nationals and governments). In recent years, China, has already stepped up efforts, in reducing its foreign holdings since 2013. The Chinese global economic vision ultimately demands its de facto currency to rise in value, and eventually replace the US dollar in international trading scene. The Chinese Yuan was previously pegged to that of the US dollars, but when the dollar rose 25 percent in 2014/2015, it concurrently floated the Chinese Yuan alongside. This equation made Chinese products less favorable to foreign buyers, forcing Beijing to manually alter its currency, citing to remain competitive with other emerging economies in the world market.

The Trump administration equivocally expresses concerns on how China intentionally cheats the US on spectrum of bilateral trade issues. The Chinese manipulation of its currency, violation of copyrights and above all, its covert attempts in stealing American intellectual property and trade secrets are some of the talking points between the chief negotiators assigned from both sides. The United States is also extremely prone to illegal opioid epidemic, making its way to US cities through Chinese online manufacturers; for instance, the Fentanyl, a deadly painkiller that is 50 percent stronger than actual heroin can be easily ordered by drug dealers and addicts online, shipped to different American cities using the basic postal system. This illicit drug is so potent that 300 grams could deliver a fatal dose to 150,000 people combined. The United States holds China accountable for not cooperating in putting a proper vetting system in place that would enable advanced content checking of all packages leaving China for the United States.

An irreplaceable trade partner to the US, China is also unitarily pursuing global hegemony in taking over American dominance on geo-economic and geo-strategic levels. Chinese and US official policies and viewpoints largely differ when it comes to dealing with prevailing global matters. As a permanent member of the UN Security Council, China indulges in casting its votes in dismay of the current Trump administration on many occasions. The United States sees China more as a deterring economic force, undermining US efforts on the global stage, than a full-fledged nemesis. Despite its displeasure with Chinese recent stance in blocking US resolutions on Venezuela, siding with Iran on numerous occasions in subsequent UNSC sessions, the United States intends no harm to Beijing on a serious level.

China’s expanding indulgence in economic activism is simply the beginning of a new chapter of political influence on countries receiving aid, and economic projects from Beijing headquarters. China’s absolute advantage in mass production line, accessibility to cheap labor, and indigenous ingenuity is undeniable fact, and second to none, in any other part of the world.

The revival of the new Silk Road

China is en route to revive and sanction the legendary Silk Road that is destined to change the prospects for Chinese entrepreneurship and world-class business model.  This ambitious undertaking by the Chinese government is looming at full-scale, encircling 65 countries with ongoing mega construction sites in railroads, highways, airports, and harbors alike, connecting diverse demography and geographies like never before. This ancient pathway will allow the rapidly growing Chinese economy to circumvent trade intermediaries, and funnel its ingenuity and excessive cash accessibility, in funding projects across continents. It is worth stating that the United States, China and Russia will remain the big three in the global stage for the years to come, any unparallel approach by any of these powerhouses in handling ensuing political upheavals elsewhere, will definitely trigger instant reaction from the remaining two with dire consequences for the rest of the world.

China is en route to revive and sanction the legendary Silk Road that is destined to change the prospects for Chinese entrepreneurship and world-class business model.

When the Chinese economy became better accessible and welcoming to the world forty years ago, the country gradually let go of a century long policy of mistrust, and skepticism in dealing with foreigners, mainly the west. This drastic change in economic policy enabled the country in opening up horizons of trade opportunities, creating a solid foundation for today’s prosperous and flourishing China. The country is home to the largest harbors in the world. Of the ten mega harbors around the world, seven is in China; concurrent to many other Chinese cities, the city of Shenzhen, along the Pearl River delta, is the country’s gateway in facilitating a humongous traffic for the Chinese exports around the globe. The Shenzhen harbor, along the maritime silk road, accommodates the transit for an incredible 25 million containers filled with Chinese goods on daily basis.

Unfortunately, Chinese takeover is simultaneously contributing in declining indigenous entrepreneurial spirit, and cultural values, in many countries destined with Chinese mega projects, and tourists’ influx. In Cambodia, Chinese investors are crowding out local businesses, and bribing local authorities in bidding procedures. This economic engagement has already attracted a barrage of Chinese residents, taking over Cambodian cities, and beach resorts, with caches of cash and riches in hand. In many cases, these flamboyant tourists have no regards to that of the local cultures and their rude behavior is always a matter of complaint by the local inhabitants. It is widely believed, that unlike Chinese in 18th and 19th centuries, the new generation of Chinese, is no longer interested in adopting the local culture, and makes no effort to learn the local language; they prefer to enforce a combination of Chinese culture and lifestyle on the locals instead. Quoting simple economics, every country craves for foreign investment to rally prosperity for its citizens, China has the cash and human capital to fulfill this need, and forge a bigger scheme, that of a Chinese hegemony in the background, at the same time. As per the Chinese laws, foreign companies cannot hold more than a 50 percent stakes in Chinese companies, while Chinese companies can acquire 100 percent share in foreign companies. This equation is accompanied with greater risk and opportunity, paving the way for extensive reliance on Chinese directives in the long-run. The Chinese policy of indebting smaller nations with enormous loan giveaways, in return for acquiring long-term leases on strategic areas, are simply used as a strategy used to inch the country closer to its geo-political ambitions. On many occasions, Chinese takeover comes with shallow promises of increased employment opportunities for the locals, but the really suggests otherwise, in addition to depleting countries of invaluable natural resources, Chinese companies only prefer hiring Chinese workers abroad.

China has an infamous reputation in suppressing its minorities, and Muslim citizens. The Chinese state is constantly monitoring, and harassing activities linked to its inhabitants residing in these cities. China has been accused of demolishing mosques, and only reopening them as museums in Kashgar and Xinjiang localities.

As I write this piece, the Chinese Economic expansion, is happening across the world, with manufacturers in Chinese cities, well occupied, catering from Asia to Europe, and Africa to Argentina, and beyond. This unbelievable 21st century miracle, and transformation from a conservative upbringing, to that of a new generation of business savvy Chinese populous, is a remarkable success story reaping at full scale. The global Silk Road initiative is promising profound prosperity, and better economic gains for the stakes involved, but it is equally undermining local ingenuity, and cultural heritage, in the process.  Chinese investors and state-run firms have stakes in a wide range of undertakings around the world. This multi-dimensional portfolio includes exclusivity in jade in Myanmar, highways and dams in Pakistan; hotels and casinos in Cambodia stretching to fast-rail tracks and portal harbors in major European cities. The scale and momentum that Chinese operates is triggering alarms in major capitals alike. India is a de facto competitor and emerging powerhouse adjacent to its Chinese neighbor that also happens to be an old ally to that of its arch nemesis, Pakistan. Washington, on the other hand, duly understands the finish line in Chinese global ambitions that is sidestepping the US in all aspects of its global dominance and economic superiority.

It is an apparent fact that having a potential adversary, tags along a substantial growth opportunity in the long-run. The United States, China and Russia are stabilizing factors in diminishing the disequilibrium in global affairs. We have all witnessed the devastating consequences of unilateral stardom on the world stage. When the United States poured billions into Europe thru the Marshal Plan, it aimed for a prospective credible business partner in the future, one that would later act as the principle trade partner to that of the United States, China holds a similar status in current affairs. We shall not forget that President Trump’s main expertise lies within his negotiation techniques; above all he is the author of Art of the Deal. The current White House administration under President Trump holds all the necessary ingredients at disposable, in achieving fairer concessions over trade, and political partnerships with the rest of the world. His dealings in regards to NAFTA, North Korea, NATO and China are prime examples of a tit for tat policy, naturally intrinsic to a businessman turned politician.

Naser Koshan is a US-based freelance journalist. You can reach him at: [email protected]