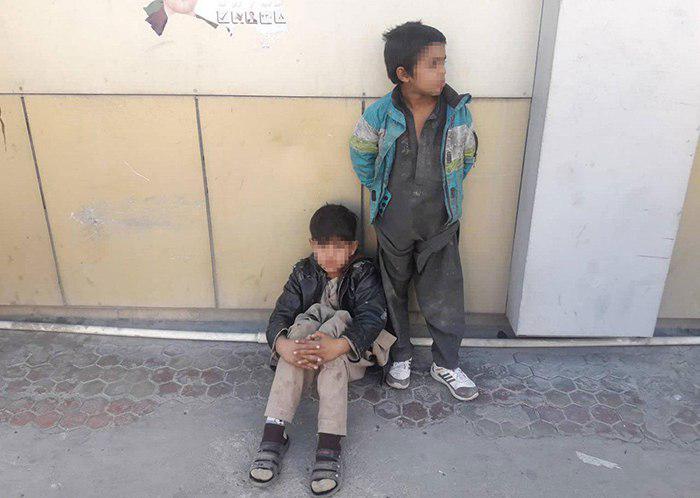 I need to make money: says a child labor in Kabul

Thousands of children around Afghanistan are trapped in child laboring, and they are deprived of health service, and education.

As the sun rises, the seven-year-old Hamid along with his brother Mirvais, who is ten, take a long walk all the way from a slum to diplomatic neighborhood of Wazir Akbar Khan to make a living. They sell chewing gum.  “We live in a rented house with two rooms,” said Mirvais, carrying a bundle of chewing gum. “We have to pay 3000 afghanis/$40 to house owner every single month.”

Like Hamid and Mirvais, most Afghan child labors who work in the streets of Kabul are either forced by a dire poverty or left alone by drug-addicted parents.

“We are seven siblings, and we live in a single house. One of my brothers is jail. He robbed a cell phone of a passer-by, and was caught,” Mirvais said with a deep somber expression. “I make 100 to 150 afghanis on daily basis. My father was hurt by a bomb during the Taliban rule, and he cannot work.”

The number of Afghan orphans increase as war continues in the country. According to aid organizations, a large number of Afghan children who work on the streets are left behind by fathers who either have been killed or badly injured by suicide bombings.

Not all child labors, working on the streets, are direct victim of war. The 14-year-old Farkhunda who sells socks in the heart of the capital, says that she was left behind when her parents divorced. “I don’t know where my father is, my mother left, and I live with my grandmother. I have a younger sister, and I take care of her,” Farthunda said.

Farkhunda is lucky for at the end of the day she goes to her grandmother’s house, and at least has a place to live in. Life for the 13-year-old Masud is a nightmare. This 13-year-old child lives alone in a city with almost six million population, and a relatively high unemployment rate.

“My mother is dead, and my father kicked me out of his house. I have no place to sleep, and I usually sleep before marriage halls,”

For Hamid and Mirvais, life is a pure struggle for survival. Unlike dollar-paid nouveau riche Afghans who live and work in Wazir Akbar Khan district, they work under burning sunshine to make just a living.

Tired, unkempt and worried, the two siblings wait for their older brother as night falls. “We cannot dare go home alone because there are many robbers in our neighborhood,” Hamid noted. They wait for Dilagha, their 14-year-old sibling, who comes at 10pm, and take them home.

Pointing to his torn shoes, Hamid says, “A foreign buddy of mine bought me this pair of shoes. I don’t know what his name is.” “Wherever he happens see me, he motivates me to go to school. I know I have to go to school, but I need to make money,” he says with a deep sigh.

Will Hamid’s dream turn into reality is a question that remains uncertain. Like Hamid and Mirvais, thousands of children around Afghanistan are trapped in child laboring, and they are deprived of health services, and education. They work to help their families, mostly in ways that are harmful.