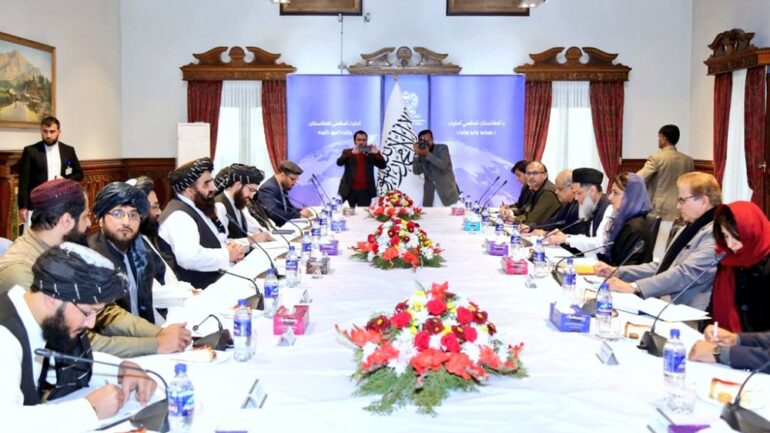 In her meeting with Muttaqi, Khar reiterated in cooperation between Kabul and Islamabad.

In meeting the Pakistani delegation, Muttaqi described bilateral ties between the two neighboring countries in the public interest of the two countries and the region, said Hafiz Zia Ahmad, deputy spokesperson for the Taliban’s Ministry of Foreign Affairs.

Muttaqi has also discussed the release of Afghan prisoners in Pakistan, facilitating travels between the two countries, and as well as fostering trade and transit with the Pakistani delegation.

Moreover, Ahmad said in a tweet thread on Tuesday, November 29, that the Taliban acting minister told the Pakistani delegation that the group’s regime is prepared to start working on several infrastructure projects, particularly TAPI, TAP, and Railway.

According to the deputy spokesperson, the Pakistani delegation has said that they will cooperate in facilitating travel, and Pakistan’s visa issuance for Afghans, and would strive for well-treatment with Afghan refugees.

The delegation has said that they will take the required actions for bolstering trade and transit with Afghanistan.

Pointing to the common cultural and religious values between the two neighboring countries, Pakistan’s State Minister has said they should cooperate with each other in order to protect their interests.

Pakistan and the Taliban have close ties. Islamabad has often been accused of sponsoring and supporting the Taliban insurgency over the past two decades. Pakistan, however, has always denied these accusations.