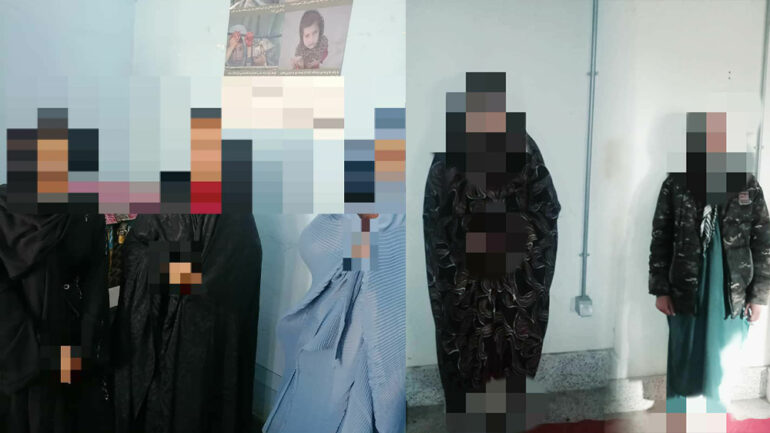 Four Women, One Man Arrested For Elopement in Herat

The Taliban police have arrested four women and a man on charges of elopement in the western Herat province.

Two girls have been arrested along with the woman who sheltered them in her home in the limits of the 6th Police Station in Herat city, the Taliban police in Herat said in a statement on Wednesday, November 30.

According to the statement, the two girls were set to elope with a man who was not their mahram to Iran.

The Taliban police also said that they have detained one girl and a young boy for “eloping” in Pashtun Zarghun district of Herat.

The arrested individuals are under interrogation and their cases will be handed over to the justice and judicial organs, the statement added.

Forced marriages and domestic violence are said to be key factors behind girls and boys choosing to elope in Afghanistan.