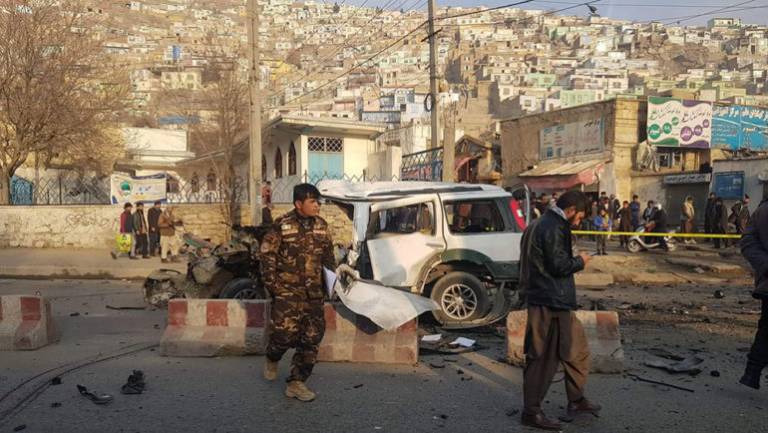 A civilian was wounded after a magnetic bomb hit a car in PD3 of Kabul, around 10:30 AM, today, Tuesday, February, 02, a security official said.

Ferdows Faramarz, spokesperson for Kabul police, said that the wounded person has been taken to hospital.

This is the third blast that hits Kabul in a single day.

Earlier today at around 7:35 AM, a bomb targeted vehicle of security personnel in PD2 of Kabul. Mr. Faramarz confirmed that the blast left two security staffs wounded.

Four civilians were wounded in a separate blast which hit a car in PD4 of the capital, Kabul, this morning at around 8:30 AM, according to a security official.

A surge in urban violence intensified ever since the peace pact was signed between the US and the Taliban on February 29, 2020.

Yesterday, two people, including a security force and a civilian, were killed after a mine hit a military vehicle in PD7 of Kabul.

Earlier on January 30, 14 Afghan soldiers lost their lives in a Taliban-claimed car bomb in Nangarhar province.

The Afghan security agencies blame the Taliban for recent wave of violence and blasts which remain unclaimed.

A joint statement issued by western diplomatic missions in Kabul on January 31, said that the Taliban bears responsibility for the majority of targeted violence.