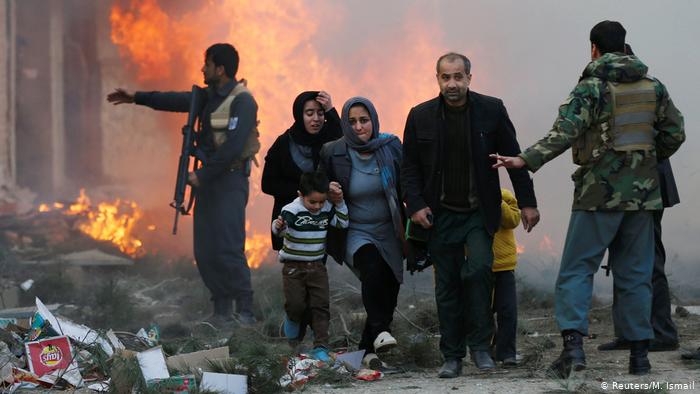 The dilemma of Afghanistan peace and war

The conundrum of Afghanistan war and peace gets more complex as the American-led peace initiative, known as intra-Afghan peace talks, appears to end up in a stalemate. The Taliban appear reluctant to engage in talks to end violence and save lives, Nader Nadery, a member of Afghan peace delegation, said in a tweet posted on January 26. The Afghan government peace delegation has been persistently stressing the Taliban to agree to a truce but the Taliban have shown little flexibility to agree to a ceasefire which is a long-time dream of people in Afghanistan.

A surge in urban violence has intensified ever since start of peace talks, with the Taliban denying involvement in targeted killings and deadly blasts that target activists and government workers.

After nearly 20 years of war, the United States signed the February peace agreement with the Taliban to pave the way for a lasting peace and end to violence. The US-Taliban peace deal lays out a deadline for complete withdrawal of American and NATO troops from Afghanistan by May 2021. In return, the Taliban have agreed not to allow terrorist groups to use Afghan soil as a launch-pad against the US and its allies. They have also agreed to engage in a direct peace talks with the Afghan government and reduce violence.

No one, neither internal parties, nor external powers, will benefit if the Afghan peace process fail to produce a win-win end to the Afghan conflict

As a confidence building measure for peace talks, the Afghan government, under pressure by the United States, released at least 5,500 Taliban prisoners including Anas Haqqani, a notorious former Taliban commander, who was accused of high profile attacks in Kabul. The move to release the Taliban inmates was considered as a vital step to break the ice and bring the warring parties on a single peace agenda in a cordial climate for a substantive power sharing negotiations. The Taliban refused to sit in a face-to-face talks, accusing the Afghan government-led by President Ghani of being reluctant to set free all Taliban prisoners. The Afghan government, again under pressure by the US, released 400 Taliban detainees, among whom 156 had been sentenced to death. In September last year, a peace delegation led by the Afghan government sat in direct talks with the Taliban representatives in Doha, Qatar, but little progress was achieved as the two sides became bogged down in setting agendas and terms of reference for a substantive talks.

The intra-Afghan talks is facing stalemate.

It is a common sense that in continuation of war, peace is not achievable. The slow-moving intra-Afghan talks seemingly has reached to the point that leaves little hope for a peaceful prospect to end the ongoing deadly fighting and pave the way for a durable peace settlement. Level of violence has not reduced. Afghan security forces are under sporadic attacks by the Taliban in insecure provinces like Kandahar, Helmand, Kunduz and Faryab. Targeted killing of journalists, civil society activists, and government workers has also intensified.

A deliberate extension of war by the Taliban militants on ground sends a signal that the Taliban are reluctant to make enough political compromise to reduce violence and end war. In any war for power struggle, violence is a political act. For the Taliban, violence is an instrument through which they want to secure a big share in the future political setup. To further exploit the status quo, the Taliban use violence to put more pressure on the Afghan government to consent to their demands.

The intra-Afghan talks will collapse if the warring parties, particularly the Taliban, do not become flexible enough to avoid fragility. At current stage of talks, the Taliban appear little comfortable to compromise their ideals. They are not even ready to realize that their formula for future government lacks capacity to address issues of governance, rule of law and day-to-day public affairs.

Peace negotiations work when talks break a stalemate in which the warring parties are locked. With the Taliban sticking to war strategy, one cannot expect an end to violence. The continuation of violence makes the conundrum of Afghan war and peace more complex and no doubt it will cost more lives and shed more blood.

It is time for the Taliban leadership to show courage and wisdom to make a wise decision to end war and make peace.

Foreign countries that have stakes in Afghanistan can also play a more sober role in Afghanistan peace. No one, neither internal parties, nor external powers, will benefit if the Afghan peace process fail to produce a win-win end to the Afghan conflict.