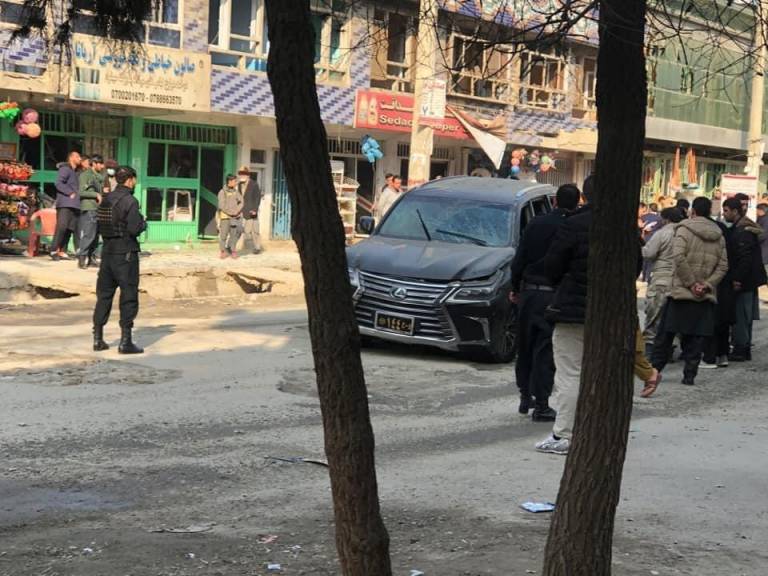 A magnetic bomb has hit vehicle of a government worker in PD11 of Kabul on Monday morning, January 18. No one has been reported dead.

Ferdaws Faramarz, spokesperson for Kabul police, said that the incident took place in Khairkhana neighborhood of Kabul. He said no one was harmed in the incident. The government official whose car hit the bomb is working with the Ministry of Telecommunications and IT, police said.

No group has claimed responsibility for the attack immediately.

On January 12, the Taliban, as claimed by local security officials, targeted an employee of Kabul Bank in the southern Ghazni city.

On December 21, 2020, unknown gunmen shot dead Rahmatullah Nekzad, a prominent local journalist, in Ghazni.  Nekzad, who was the Ghazni Journalists’ Union head, had contributed to The Associated Press since 2007 and had previously worked for the Al Jazeera satellite TV channel, according to AP.

Though the Taliban denied involvement in assassination of Mr. Nekzad, Afghan spy agency, the National Directorate of Security, claimed Afghan security forces had arrested two Taliban fighters, who were released from government detention, in connection with targeted killing of Nekzad.

Over last couple of months of at least 14 people, including journalists, women rights activists, government employees and NGO workers, have been shot dead in targeted killings which went unclaimed.