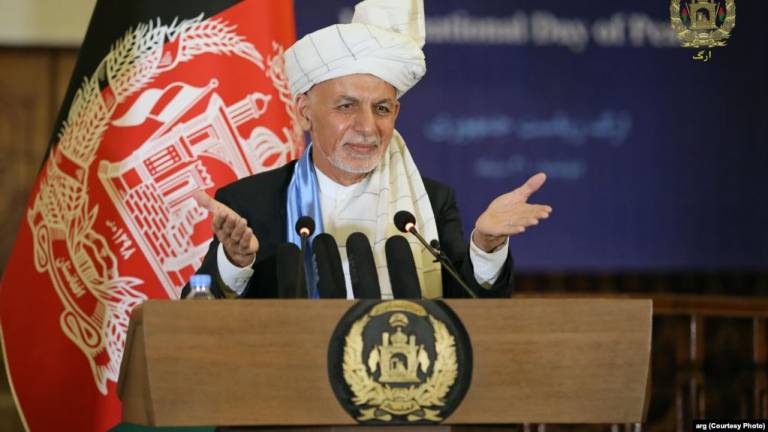 President Ghani has discussed the ongoing Afghan peace process with the US Chairman of the Joint Chiefs of Staff, General Mark Milley, in a meeting held yesterday evening, December 16, at the Presidential Palace. He also had a telephone-conversation with Pakistan’s Prime Minister, Imran Khan.

In separate statements, issued late Wednesday, December 16, the Presidential Palace said that concerns over escalation of violence and an immediate need for ceasefire in Afghanistan were key topics discussed with Mark Milley and Imran Khan.

According to the Palace, the US top general has assured President Ghani that the United States will continue to support the Afghan defense and security forces.

PM Khan has reiterated Pakistan’s help for peace in Afghanistan, the statement said.

This comes as negotiation teams of the government and the Taliban have taken a 21-day break in the intra-Afghan talks in a bid to consult with their leaderships on principles and terms of reference (TOR) the two parties have agreed on for a substantive talks.

The government negotiating team is back home. So far, they have met with Chairman of the High Council for National Reconciliation, Abdullah Abdullah.

The Taliban top negotiator and deputy leader, Mullah Ghani Baradar, accompanied by a delegation of Taliban, is on a trip to Pakistan, meeting with Imran Khan and Pakistani Foreign Minister, Shah Mahmood Qureshi.