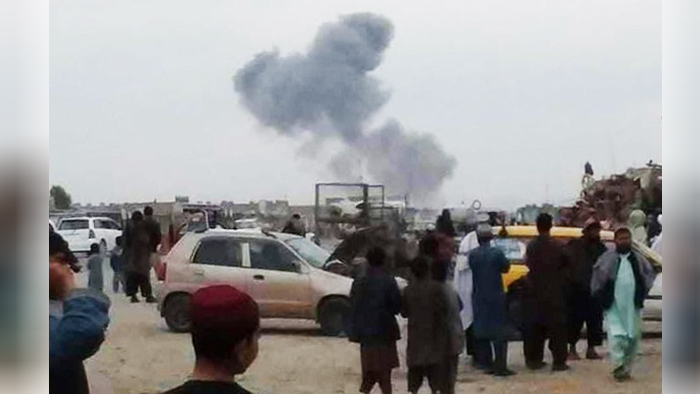 A photo of the scene taken in the aftermath of a mini-truck explosion in Darman district of Kandahar
KabulNow·December 7, 2020

A local authority in the southern Kandahar province says that as many as 33 people were wounded after a mini-truck laden with explosives exploded in Daman district of the province.

Mr. Ahmadi said that the wounded victims include 15 members of a single family, five government staffs, nine policemen and two members of National Directorate of Security. A wounded victim is in critical health condition and he has been taken to hospital, he said.

A security source told Kabul Now that Abdul Wadood, police chief of Daman district, was also wounded in this explosion.

The Taliban have not claimed responsibility for the attack so far.

The southern Kandahar is a province where the Taliban militants have control over large swath of territory.