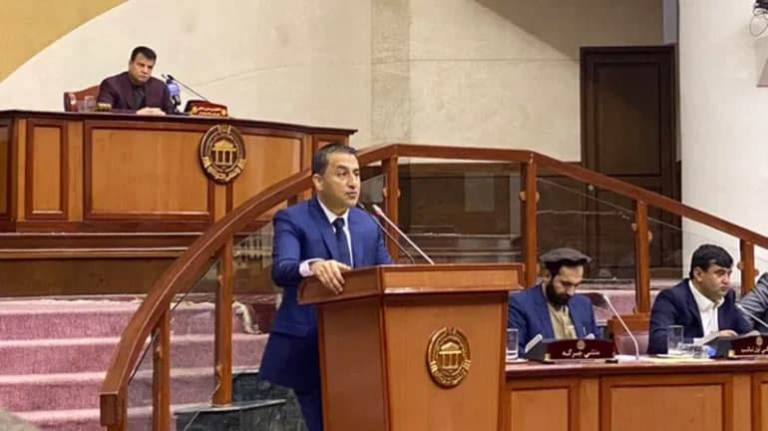 The Taliban have regular relations with other terrorist groups and run a joint “market” of suicide bombers where these groups sell, purchase, and lend suicide bombers to each other, according to the acting chief of the National Directorate of Security (NDS), Ahmad Zia Saraj.

Presenting his plans for MPs in general session of the Parliament held today, Monday, November 23, Saraj revealed that the Taliban and other terrorist groups regularly exchange their operational capabilities in their offensives. He added that intelligence informations suggest that the groups also cooperate and share their training facilities and capacities.

“The Taliban get suicide bombers from other groups whenever they need,” he said.

According to him, most of the attacks are carried out jointly by several terrorist groups. One group plot the attack, the second provide the logistics, and the third group offer the suicide bomber, he detailed.

He further went on to say that Afghan defense and security forces are currently fighting against 20 terrorist groups which are directly or indirectly supported by intelligence agencies of some countries in the region. Though some of these groups are missioned to operate beyond Afghanistan border, they are currently operating inside Afghanistan under the Taliban protection.

“The Taliban is an umbrella for all terrorist groups. It is impossible for other terrorist groups to operate in Shah Joy of Zabul, Andar of Ghazni, and Jerm of Badakhshan without the Taliban’s cooperation,” the NDS caretaker stated.

He asserted that in addition to defending Afghanistan’s territorial integrity, Afghan defense and security forces fought the terrorist groups for ensuring security of other countries in the region.