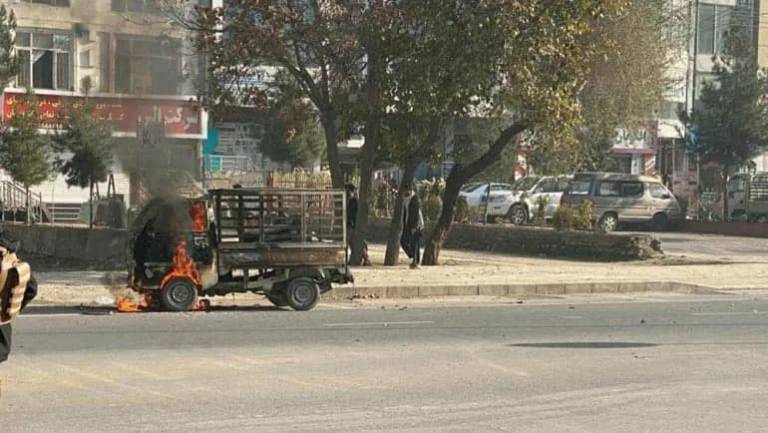 Talking to Kabul Now, the MoI spokesperson, Tariq Arian, said that the rocket attacks hit areas in PD10 and PD4 of Kabul city namely, Burj-e-Barq Chahar Qala, Koche Taheri, Nemat Plaza, and Gul-e-Surkh Square. He added that the rocket shells also landed in Sedarat square, Pul-e-Bagh Omomi, and Speenzar Street which are located near the National Archive in PD2. According to him, Licye Mariam and 500 Family neighborhoods of the PD10 were also struck by the rocket attacks.

He further confirmed that the rockets landed in residential areas.

Zabihullah Mujahid, a Taliban spokesman, has rejected any involvement of the militant group in the attacks.

The rocket attacks came around an hour after two magnetic bomb blasts killed one military personnel and wounded three others.

The attacks followed by immediate Taliban rejection come days after sources from negotiating teams of the Afghan government and the Taliban confirmed to Kabul Now that the two sides were at the threshold of finalizing a procedure and principles for intra-Afghan negotiations.

Though the two sides are too close to make an agreement, it has not been achieved yet, a government negotiator, who spoke on condition of anonymity, told Kabul Now last Thursday, November 19. On the other side, a Taliban negotiator said that the two differences were resolved and spokespersons of the two sides will share it with the media soon.

Started on September 12, the intra-Afghan talks remained stalled for almost more than two months in Doha, capital of Qatar. Taliban insistence to use the US-Taliban deal and only Hanafi jurisprudence as referral bases in negotiations were reported as main barriers for finalizing the negotiating procedure.