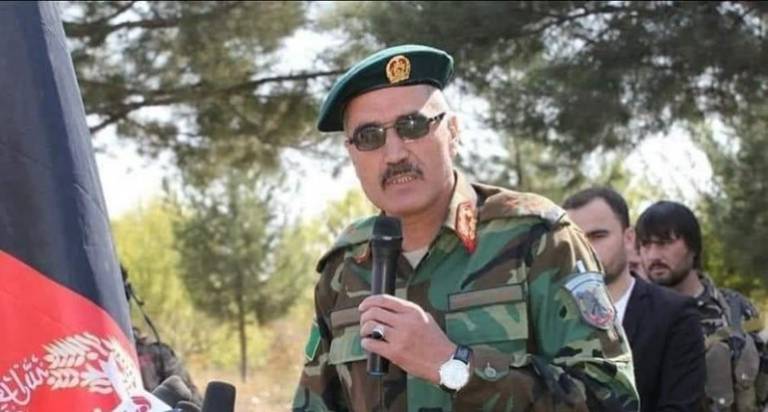 Commander Nejrabi killed in a blast

Abdul Wadud Khan Nejrabi, commander of seventh regiment of border police force in Takhar province, was killed as a result of a roadside bomb explosion, according to security officials.

In his statement, Mr. Sari calls commander Najrabi as one of the hardworking commanders who fought enemies of the country days and nights and defended his country and people.

Meanwhile, Anamuddin Rahmani, spokesperson for Kunduz police chief, told Kabul Now that Mr. Nejrabi was on his way from Kunduz to Takhar when a roadside bomb hit his vehicle. The explosion killed him and one of his guards and wounded five of his guards.

The Taliban has claimed responsibility for the attack.

Kunduz in northeast is an insecure province. The Taliban militants have control over parts of the province.