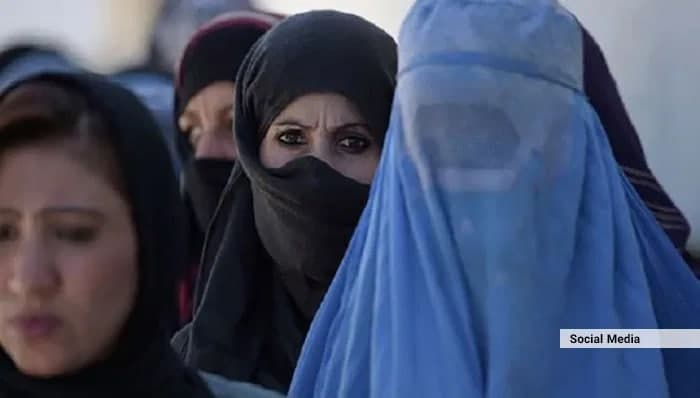 AIHRC: Most cases of violence against women occur at home

The commission has recorded a total of 3,477 cases of violence against women in the first ten months (From January through October) of 2020. It shows an 11 percent decline from the same period in 2019. The decline, however, is attributed to lack of women’s access to legal and judicial organs, escalation of insecurity, and the lockdown status – imposed to prevent spread of the coronavirus.

The report was issued on Thursday, November 26, in Kabul.

Physical violence (1,241 cases), as suggested in the report, is the most prevalent type of violence against women in Afghanistan which accounts for 35.7 percent of the total cases registered over that period. The physical violence includes, beating, mutilation, injuring, forced labor, and etc.

In some very extreme cases, the AIHRC has been forced to intervene without the victims’ referral to register a complaint. “The gross violations of women’s rights that have been documented by AIHRC include cases of murder, rape, abduction, and suicide which amount to a total of 281 cases,” the report says. Out of all 281 extreme cases, 167 of them are murder.

According to the AIHRC findings, perpetrators of 123 extreme cases have been arrested and the perpetrators for 158 cases have escaped the trial. It further states that most of the severe cases are “honor killings” committed by family members of the victims.

Furthermore, the AIHRC has recorded a total of 601 cases of economic violence against women during the ten-month period which makes 17.3 percent of the total violence cases committed against women across Afghanistan. Poverty, unemployment, and economic problems are said to be the driving factors behind this type of violence against Afghan women. Economic violence, as found by the AIHRC, involves depriving women of their inheritance, alimony (nafaqa), selling their belongings (like jewelry) without their consent, and banning them to work in outdoor spaces.

Moreover, the Commission has recorded 385 cases of forcing women to leave their households, forced and early marriages, practices of Bad and Badal, and banning the women to receive education.

The committed violence have impacted the Afghan women in difference ways. As a result of the violence, the AIHRC has recorded that 1,339 women have been left with uncertainty regarding their fate, 26 women have left their homes forcibly, 58 women have been forced to runaway of their families, 536 have asked for divorce, 247 have sustained injuries, and 328 others have been suffering from psychological harms.

Kabul registers most cases of violence against women

To mitigate the level of violence against women, the Commission recommends raising public awareness about the women rights, creating effective mechanisms to fight harmful traditions and practices, creating employment opportunities for women, and hiring women in high level administrative and policy making positions as required measures.

Facilitating registration and implementation of marriage and divorce across the country and creating more shelters for the violence victims are other important recommendations by the AIHRC.