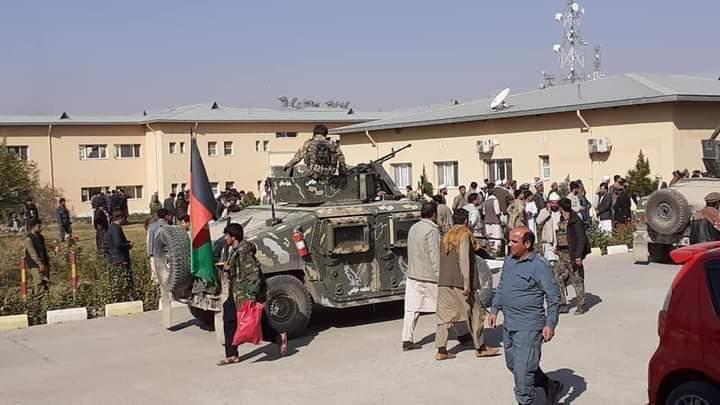 More than 40 Afghan forces killed in Taliban ambush in Takhar

More than 40 government forces were killed and over 30 others wounded in a Taliban ambush in Baharak district of the northern Takhar province, local officials confirmed.

Sayed Salahuddin Burhani, a member of Takhar Provincial Council, told Kabul Now that 43 government forces – army, police, and special forces – were killed and more than 30 others wounded in the Taliban ambush around 03:00 AM this morning, October 21.

He added that 100 Afghan forces had gone to Masjid Safid area of Baharak district last night to suppress the enemy but confronted the Taliban ambush who, equipped with advanced weapon, had plotted their attacks from the neighboring Kunduz province.

Three members of Local Police Force, a pro-government militia, were reportedly killed in a separate clash with the Taliban militants in Khwajaghar district of Takhar province.

Abdul Qayyum Hairat, head of Takhar public health department, told Kabul Now that 43 deaths and eight wounded were only transferred to Takhar provincial hospital from Baharak district. He added that five wounded were hospitalized in Takhar and the two remaining ones were transferred to Kabul.

Confirming the incident, Mohammad Jawad Hijri, spokesperson for Takhar governor, however, said that 22 government forces (22 forces in Baharak and three in Khwajaghar) were killed in the province. He added that the death toll is expected to raise.

The governor spokesperson claimed that the Taliban also suffered heavy casualties in the battle. According to him, the battles in Khwajaghar have subsided while clash in Baharak is still going on.